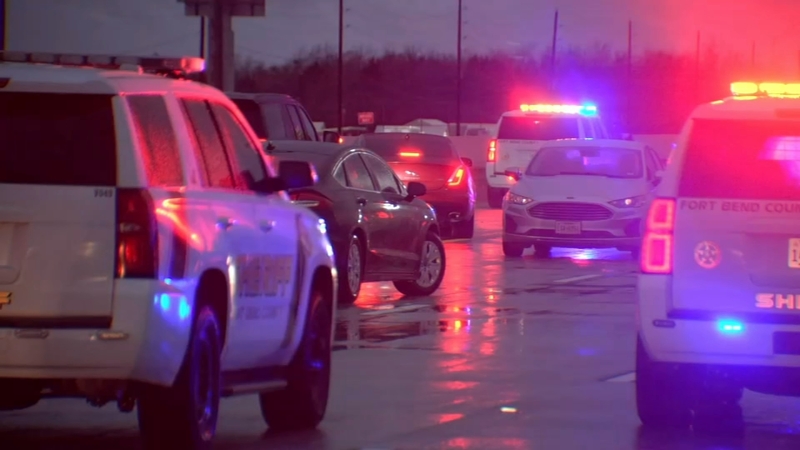 Suspect killed by deputy, another deputy accidentally shoots himself

FORT BEND COUNTY, Texas (KTRK) -- The Fort Bend County Sheriff's Office is investigating a shooting incident that injured a deputy and killed a hit-and-run suspect over the weekend.

The incident happened Saturday, Feb. 26 in Beasley. Authorities said deputies were dispatched to the 8600 block of U.S. 59 southbound regarding a non-fatal hit-and-run crash, in which the suspect left the scene.

Deputies were able to find the suspect vehicle driven by 37-year-old Jacob Huerta, according to the sheriff's office. When deputies ordered Huerta to exit the vehicle he refused, authorities said. This eventually led authorities to a standoff.

Following the standoff, Huerta got out of his vehicle and rushed at the deputies with a knife, the sheriff's office said. The deputy fired his stun gun on Huerta, but authorities said it did not work. It was then that Huerta stabbed the deputy, who in return shot him. Huerta was pronounced dead at the scene.

During the incident, the deputy who shot Huerta also accidentally shot himself. The sheriff's office said the wounded deputy was taken to a hospital, where he was treated for non-life-threatening injuries and released.