SUNNYVALE, California -- Sunnyvale Police are trying to figure out how a former Klein Collins High School student and Google engineer ended up dead in the San Francisco Bay.

The young woman was discovered floating naked in the water last week behind Moffett Field's runaway along the Bay Trail.

It's a tranquil setting along the Bay Trail that stretches through Mountain View and Sunnyvale. But that sense of peace was interrupted last Thursday when a passerby saw a naked body of a woman floating in the water.

"I am surprised to find that kind of thing here. It's very sad, terrible to have that to happen anywhere," said Don Savant, a cyclist who uses the trail frequently.

The Santa Clara County Sheriff's Dive team recovered the body of 23-year-old Chuchu Ma. The same day, police say her boyfriend filed a missing person report with Mountain View police. It's unclear how Ma's body ended up in the water. Police are trying to determine if foul play was involved.

"We don't know if anyone witnessed it or not or what occurred so when we do an investigation like this we look at all possibilities," said Captain Shawn Ahearn with Sunnyvale's Department of Public Safety.

Police are waiting for the medical examiner to determine a cause of death.

"The Klein family was heartbroken to learn of Sarah ChuChu Ma's passing. After graduating as the 2012 valedictorian of Klein Collins High School, Sarah went on to study at The University of Texas at Austin. We extend our deepest condolences to her family and friends.

One of her high school teachers, Laurie Marek, has used her essay for years.

'I have used her essay for the last 5 years as a model of greatness. Sarah was deserving of a giant bouquet of red pencils in my book,' Laurie Marek said."
Ma worked as a software engineer at Google for the past year and a half. Prior to that, she was at the University of Texas at Austin where she received her degree.

Google released a statement saying, "Chuchu was an excellent software engineer in our developer product team. We are devastated to learn of her passing and our deepest condolences are with her family and friends."

The coroner's office says results from the autopsy and toxicology reports could take several weeks. 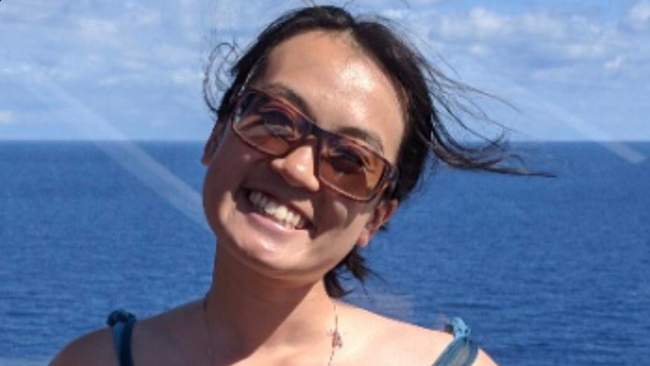