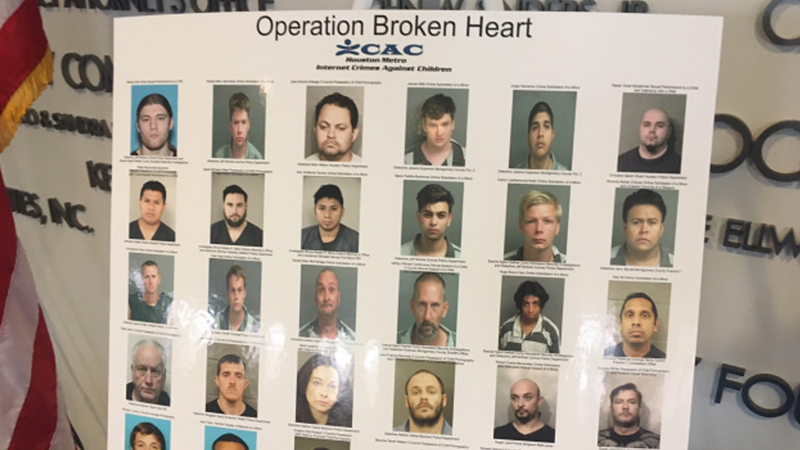 HOUSTON, Texas (KTRK) -- Houston police announced Tuesday that a former Houston police sergeant and a former Harris County sheriff's deputy were among those arrested after a months-long investigation into online sexual exploitation of children.

Multiple agencies were part of the three-month-long effort called Operation Broken Heart, which led to 60 arrests and 152 charges across eight southeast Texas counties.

In March, McGee was accused of making a fake Facebook account to post nude photos of an ex-girlfriend. He also allegedly tracked her cell phone and harassed her at an unknown location in Harris County.

He was taken into custody in March after prosecutors say he admitted to having child pornography on a flash drive. Two of the images were of nude children under the age of two years old. The other photo was a girl who appeared to be between six and eight years old.

According to Acevedo, the former deputy also admitted that he wanted to meet a female victim while armed with an AR-15, so he could sexually assault and rob her.

Janecka was working as a music teacher for an elementary school in the district.

"Most important to me is getting these criminals, these victimizers off of our streets and bringing them to justice," Acevedo said.