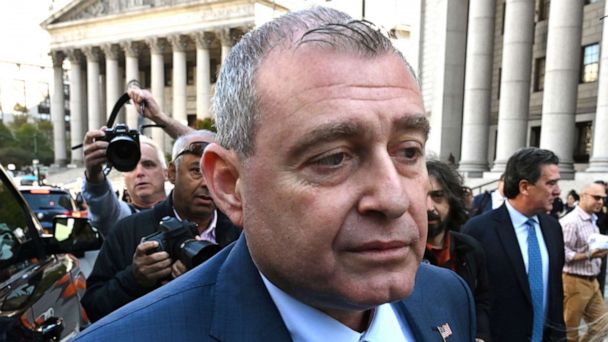 Soviet-born businessman Lev Parnas, a former associate of Rudy Giuliani, was found guilty Friday of making unlawful campaign donations totaling more than $350,000 to two pro-Trump super PACs and a GOP congressman in 2018, acting as a straw donor for a wealthy Russian who wanted to enter the burgeoning marijuana market in the United States.

Co-defendant Andrey Kukushkin was also convicted in the case, which was tried in a Manhattan federal court.


The illegal donations overlapped with Giuliani's quest in Ukraine to unearth information that could damage then-presidential candidate Joe Biden, an effort in which Parnas allegedly positioned himself as a middleman.

"In order to gain influence with American politicians and candidates, they illegally funneled foreign money into the 2018 midterm elections with an eye toward making huge profits in the cannabis business," U.S. Attorney Damian Williams said of Parnas and Kukushkin. "Campaign finance laws are designed to protect the integrity of our free and fair elections -- unencumbered by foreign interests or influence -- and safeguarding those laws is essential to preserving the freedoms that Americans hold sacred."

"Obviously, I'm upset," Parnas said as he left the court. "But at this time I just want to get home to my wife and kids and deal with it. I want to thank my lawyers ... they put up an incredible fight. I've got to just get home, got to reassess what happened in there, and figure out the next steps."


Parnas was also convicted of using a shell company, as well as money belonging to his associate Igor Fruman, to funnel hundreds of thousands of dollars into Republican and pro-Trump political action committees. Fruman previously pleaded guilty in that case.

The defense portrayed Parnas as "in over his head" but not someone who willfully violated any laws.