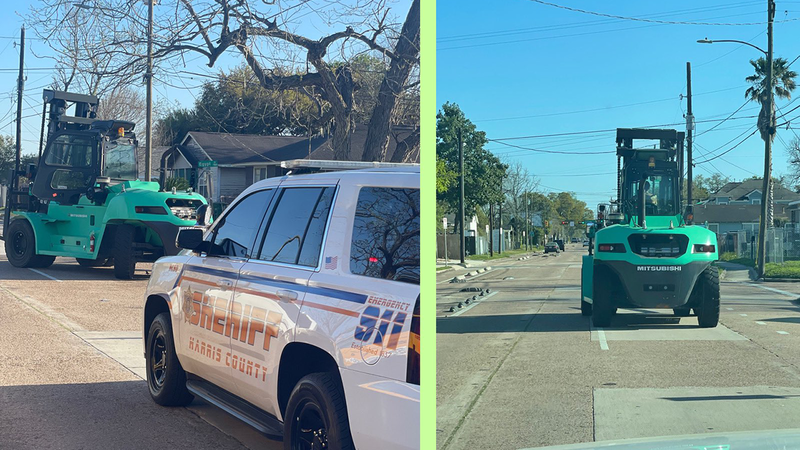 HARRIS COUNTY, Texas (KTRK) -- The owner of a forklift was found Sunday night after a man was arrested and charged for stealing the machine and taking it on a joyride this weekend, according to Harris County Sheriff Ed Gonzalez.

Deputies said they receieved a call about a man driving a tractor on Hardy Road and attempting to enter the main lanes of the tollway.

Once deputies caught up to the man, they realized it was actually a forklift. The man refused to stop and reached speeds of about 18 miles per hour, according to authorities.

After about a 20-minute, slow-speed chase, deputies said the man came to a stop at Hardy and Egypt.

The man was taken into custody without incident.

After an investigation, it was determined the tractor had been stolen, and since then, the owner has been found.

The suspect, who was identified as 38-year-old Justin David Brown, was charged with evading.

No injuries were reported in the chase.

The owner of the stolen forklift has been located. 🙌🏽 https://t.co/qpbjczbBRB