Taco Bell is serving the item only at participating restaurants beginning on March 11.
CNNWire
By Jordan Valinsky, CNN Business 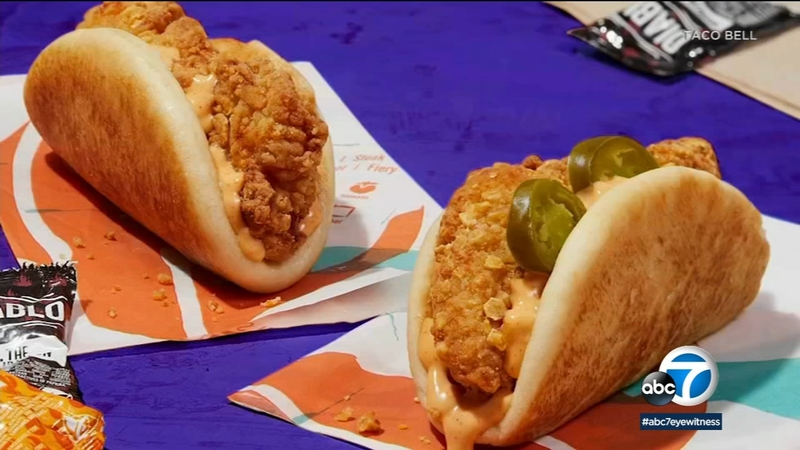 Taco Bell joins the chicken wars with a new taco

It's a creative concoction: The all-white piece of chicken is marinated in jalapeño buttermilk and fried with a crunchy tortilla chip coating, served in a puffy bread that's shaped as a taco. That's then topped in a creamy chipotle sauce. There's also a spicy version that includes an additional topping of jalapeño slices.

Taco Bell is serving the tacos only at participating restaurants in Nashville, Tennessee, and Charlotte, North Carolina, beginning on March 11 for $2.49. A nationwide rollout is planned for later this year, signaling the chain is ready to grow its menu again following a major reduction last year.

Taco Bell is eliminating five more menu items, marking the second time in less than three months that it overhauled its selection.

Taco Bell isn't top of mind when it comes to the fried chicken wars. But its menu features a number of chicken items, including its Naked Chicken Chalupa featuring crispy chicken shaped into a shell filled with traditional toppings, such as lettuce and cheese.

In 2019, it briefly sold the Crispy Tortilla Chicken, which shares similar traits to Monday's announcement including a piece of fried chicken marinated in a jalapeño buttermilk.