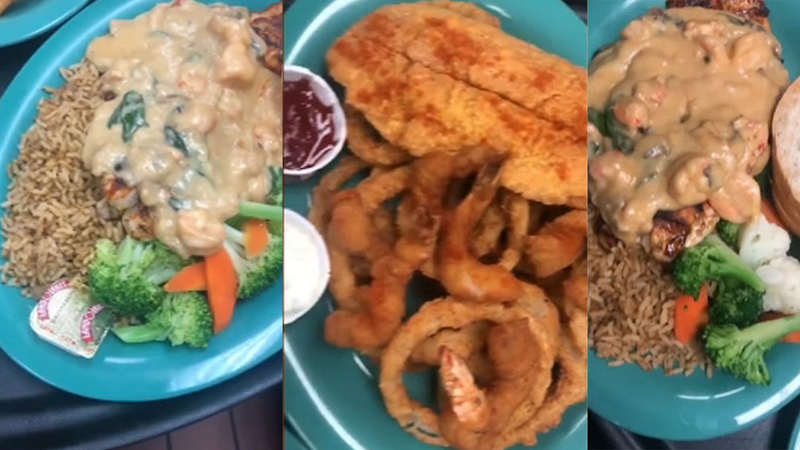 HOUSTON, Texas (KTRK) -- A struggling Cajun restaurant in the East End has been busier than ever, thanks to a viral tweet from the owner's daughter.

Brianna Leon, a University of Houston at Victoria softball player, tweeted that her father had been stressed and sad because his restaurant, Cajun Town Cafe, wasn't doing well.

Brianna invited anyone on Twitter to try the seafood and support a local business.

Her father was skeptical it would work at first, but then social media did its thing.

"Literally right after she did it, within probably about 15 minutes, we had two customers," owner Javier Leon explained to ABC13.

Javier said about 90 percent of his customers over the past couple of days have come in because of his daughter's tweet.

hey twitter, my dad has been really stressed & sad because the resturant has been really slow lately.😭If you are ever in the East End area, please come by and support a local business. We have delicious seafood! 🙏🏼 2240 Navigation Blvd
Unit 100
Houston, TX 77003
United States pic.twitter.com/o5fQJY4YrL

Javier explains his godfather actually started the restaurant about 20 years ago on the north side of town around the Little York and Bingle area. Javier helped him build it until his godfather let him open his own location.


"I tried to open it on my side where I live to bring it to my people, but it hasn't been the way we thought it was going to be," Javier said. "Our Little York location was always booming. We had one on Greens Road and it was always good."

Javier said his daughter's tweet changed everything for him.

Javier said even some police officers came in saying they heard about his business from Twitter.

The Cajun Town Cafe is located at 2240 Navigation Blvd.