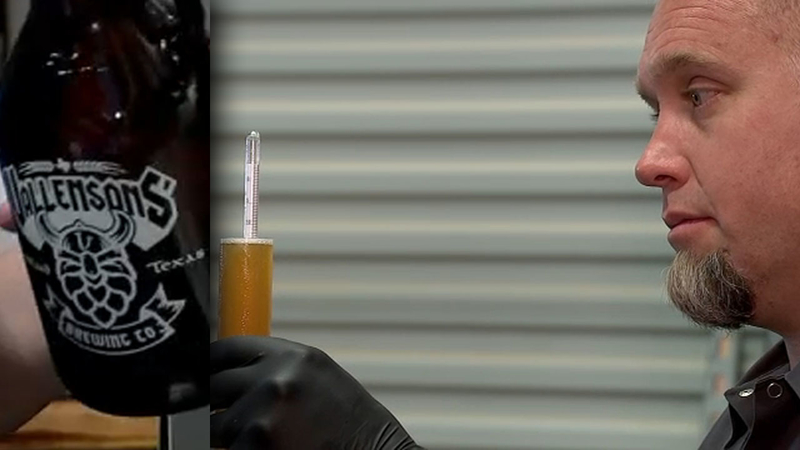 PEARLAND, Texas (KTRK) -- A NASA employee took his passion for home brewing into a family-run operation that he hopes will "lift off."

While the brewing occurs in Pearland, the flavors are from around the world.

"I had a lot when I was overseas, when I was in the military and when I came back stateside. I couldn't really find the beers that met that satisfaction," Valle said.

Valle's background is in aerospace physiology. After leaving the Air Force, he landed with NASA.

With science being a constant in his life, he was looking for a different challenge.

"I want to do something on the other side of my brain where I can actually have some fun, do what I love to do," Valle explained.

He started with home brewing.

"So I started learning about different water profiles of the different parts of the world that I've been," Valle recalled. "Once the beer started coming out and I started replicating the beers from Germany and England and stuff like that, I got real excited about this."

As time went on, the dream of opening a family brewery turned into a reality.

"I do a lot of behind the scenes things that are very stressful and not fun, but it's part of the business and I do that," Lori said. "Coming here and getting to be with our friends and kind of relaxing a bit with some great brews, that's the fun part."

Right now, Vallensons' is considered a nano-brewery because of the amount of barrels they produce, but they have plans to grow.

July 9 Vallensons' Brewing Company took home four medals at the U.S. Open Beer Championship, a competition between more than 7,000 breweries across the world. They won a gold for its Settlers Oatmeal Stout, a bronze for its ExBERRYmental Fruit Beer, a bronze for its Peach Tea Beer, and a bronze for its Tart Cherry Berliner.

To learn more about the brewery, head to the Vallensons' Brewery website here.