Gambling with food stamps? Conroe lawmaker has way to stop it 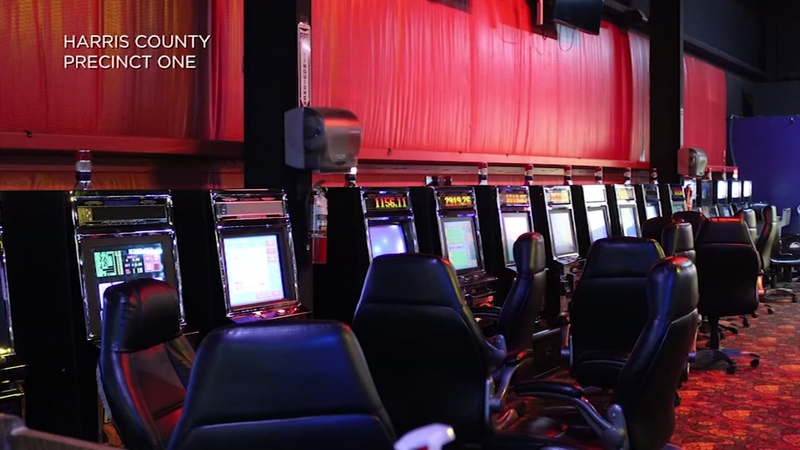 Gambling with food stamps? Lawmaker has way to stop it

Lone Star cards are modern day food stamps, a way for the neediest and hungriest Texans to buy food for their families.

Miley denies wrongdoing and claims the legitimate owners of the cards dropped them in his alleged illegal game room. Some of the cards had pin numbers attached, allowing him to spend the money. Miley says he simply picked them up.

Constable Alan Rosen said Miley told his deputies he was using the food stamps to buy snacks for the alleged illegal game room.
ABC13 suggested to Miley he must just be lucky to simply find so many cards. Standing in handcuffs minutes after his arrest, Miley shot back, "Apparently not so much today."

In addition to the game room count, he is facing three felonies for possessing the cards. Some had more than $200, making each a potential felony.

Constables suggest Miley was buying the cards at half their value to allow actual recipients to gamble. Rosen told ABC13, "It's pretty clear to us that he's getting these cards and giving them cash for the cards at a discounted rate so that the people can gamble there."

When State Sen. Brandon Creighton heard about the case and ABC13's report, Creighton told Eyewitness News, "It's hurting the whole program and it, it's not something that legislators should stand for."

Creighton, a Conroe Republican, is trying to pass a bill right now in Austin to fight food stamp fraud for the second session in a row. His bill would add a recipient's name and a photograph of their face to the card, making it harder for someone else to use it, hopefully cutting down on fraud.

"We're always talking about running government in a more efficient manner, operating government like a business and constantly looking for ways for efficiencies," Creighton explained. "Fraud prevention is at the top of my list."

The lawmaker says he has provisions in his bill to allow for guardians or care givers to use the cards legally.

Creighton told ABC13 he wants to assure needy, hungry Texans keep their necessary benefits, but "making sure that these cards simply have picture and identification credentials... will cut down on a lot of this fraud. Every dollar that we lose to fraud is a dollar away from the most elderly Texans, the youngest, most vulnerable Texans."

The bill is Senate Bill 671. It is co-sponsored in the Texas House (HB 1250) by Rep. Dade Phelan, a Republican from Beaumont.