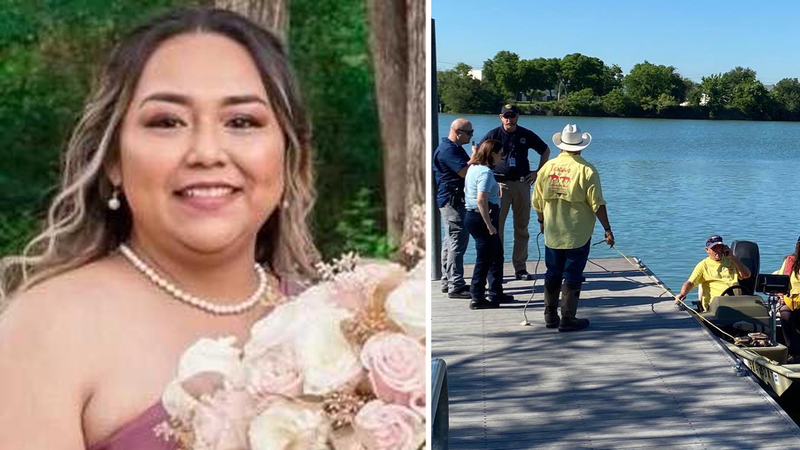 Vehicle possibly detected at park during search for mom

HOUSTON, Texas (KTRK) -- A vehicle detected underwater at a Missouri City park by sonar equipment used by crews looking for Erica Hernandez is not connected to the mother of three missing since mid-April.

The Houston Police Department, which joined Texas EquuSearch at Buffalo Run Park in the intensified search on Thursday, said the vehicle in the body of water is a truck and not the SUV that Hernandez was last seen driving.

In the search for Hernandez, police are looking for a 2020 GMC Black Acadia with Texas plates MKJ 3303 with an "Aggie Mom" decal on the back.

"It appears to be a truck and not the vehicle we were looking for. How it ended up there could be accidental, could be intentional. That's a part of an investigation," police said.

Volunteers have been searching wooded areas and HPD officers were searching using drones.

Information led investigators to that specific place in Missouri City.

Earlier this week, a banner with the words "Find Erica Hernandez" was unfurled on the Montrose bridges over the Southwest Freeway to help raise awareness about the case.


The FBI is investigating Hernandez's disappearance, but there are no signs of her.

Her son, Dennis, turned 16 years old last week. Hernandez's sister, Ashley Hernandez, said there's no way in this world his mom would miss his birthday.
"We still need to find her. That's the whole point, you know. Whether I think the outcome is going to be good or bad, we still need to find her and we still need her. We need her for her family, so I'm not exactly sure where their mind is at, but my mind is not in a good place," Ashley told ABC13.