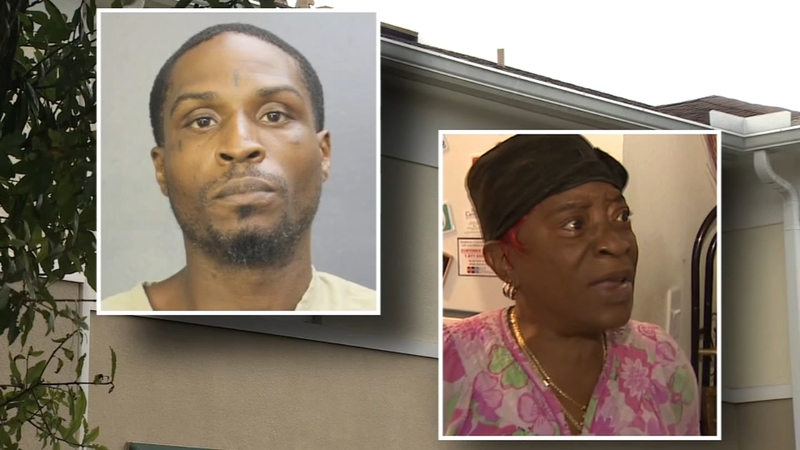 FORT LAUDERDALE, Florida -- A 61-year-old woman says she chose to fight when an intruder forced his way into her home.

Alice Coleman says a fire alarm woke her up early Monday morning. When she went to leave, she says a man pushed his way inside her apartment.

Police identified the intruder as Fitzroy Morton. Coleman said when Morton tried to pull her inside with him, she did everything she could to get away.

"I was able to bite him, and I didn't even have my teeth in my mouth like now," she said. "My brother said 'How did you bite him?' I said 'With the little teeth I got, I bit him.'"

WSVN-TV reported the man was nearly half her age. They say Coleman ultimately ran to a neighbor's home and called police.

"I ran out, and when I ran out, he locked himself in here," Coleman said. "(He) locked me out of my own place."

When officers knocked on the door, police say Morton answered the door as if nothing was wrong.

"I'll be more careful from now on when I open my door," Coleman said. "I'll open my door with my taser, because I have one."

Morton has been denied bond and is currently in the Broward County Jail.

Dorothy Maloney celebrated her 90th birthday by crossing an item off her bucket list: riding in the back of a patrol car in handcuffs.