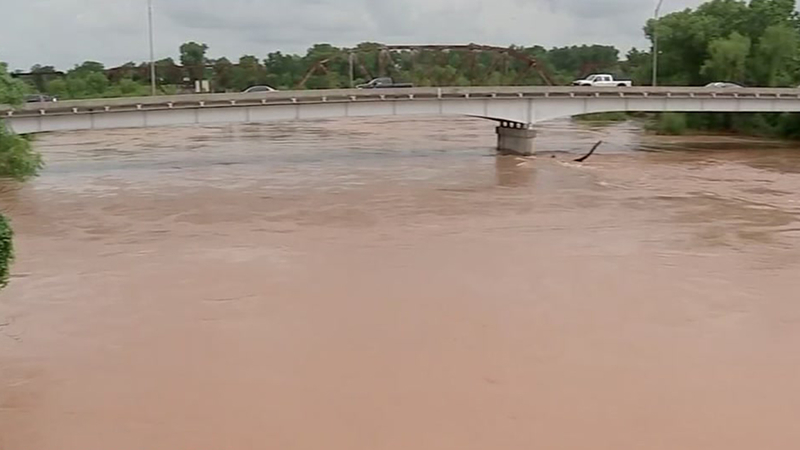 ROSENBERG, TX (KTRK) -- The Brazos River is rising to a record level.

It's already come too far for some who live near its swelling banks.

Their modest homes claimed by the fast moving water. For others, it's getting dangerously close and moving into places it's never been.

"It's never come up in the street before," said Richmond resident Ed Wilde. "You could see it in the gutter. But it's three feet higher than it's ever been before."

Wilde has lived in his Richmond neighborhood for ten years. It wasn't in a flood area when he moved in.

It clearly is now.

"Pretty much didn't get much sleep last night," he said. He couldn't stop checking the water level in his yard. As he watches the water, so do others who say they're just as concerned about possible rain to come as they are about what's already poured into a river at record levels. 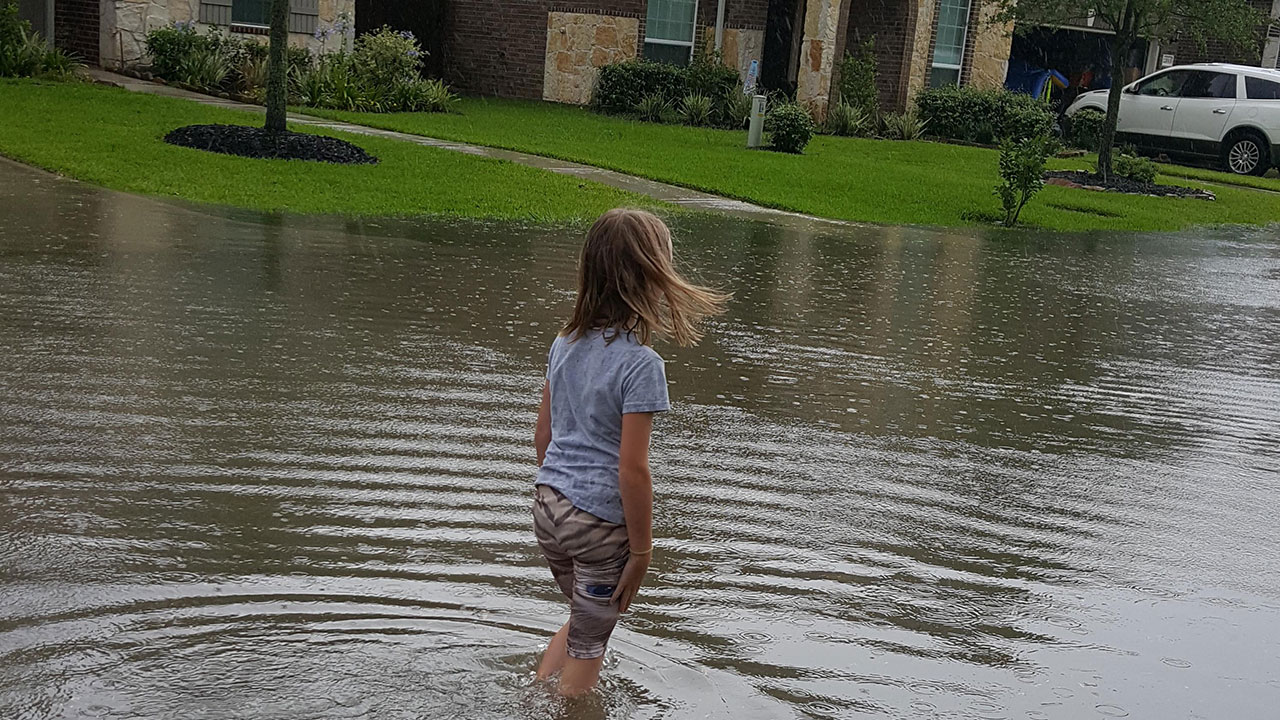 "This is first time this has happened. They say what it is, it's the storm drains and the sewers. They're all filled," Jafee said.

"Has nowhere to go," Jaffe replied.

Jaffe lives in Richmond's Rio Vista subdivision, where the water has crept higher from the Brazos and Jones Creek and has worried residents who haven't experienced the water this high.

"I don't like it. It's kinda scary," said Evaun Bulman who moved here from the heart of tornado alley. She feels like she traded one kind of natural disaster for another.

"I've never experienced anything like this and I left Moore, Oklahoma."

Throughout Ft. Bend County there are blocked roads, flooded parks and parking lots.

Authorities have warned residents of areas that might flood and have issued voluntary or mandatory evacuations for those most at risk.

"It's definitely a little bit scary," said new resident Charlton Shelby as he watched the water lap at his yard. " A little bit nerve-wracking. It was a little bit of a surprise to us."

It is a surprise for so many as to where the water has found its way.