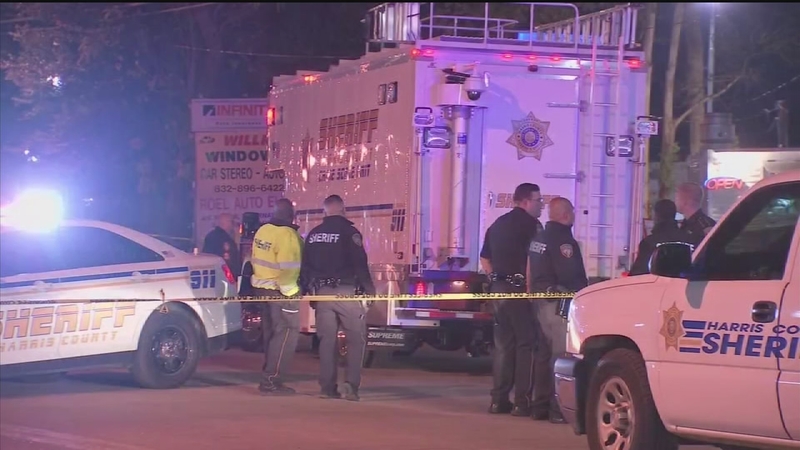 HOUSTON -- A man was shot several times tonight after he reportedly pointed a weapon at deputies who were working security at a north Harris County flea market.

It happened just before 6pm at the flea market on Airline Drive near E Burress Street. We're told it started when two men there were arguing, and ended up firing shots at each other.

Two deputies working security there, as well as an Aldine officer, say they heard the shots and went to investigate. They say when they did, they saw at least one suspect carrying a pistol. They reportedly told the man to put down his weapon, but instead they say he pointed it at them. That's when they opened fire, hitting him several times.

The suspect was taken to Ben Taub Hospital, and is said to be stable.

Deputies say there were at least 2,500 people at the flea market at the time of the incident. No one else was injured in the shooting.

It's not known at this time what sparked the argument. Authorities are still looking for the second suspect.