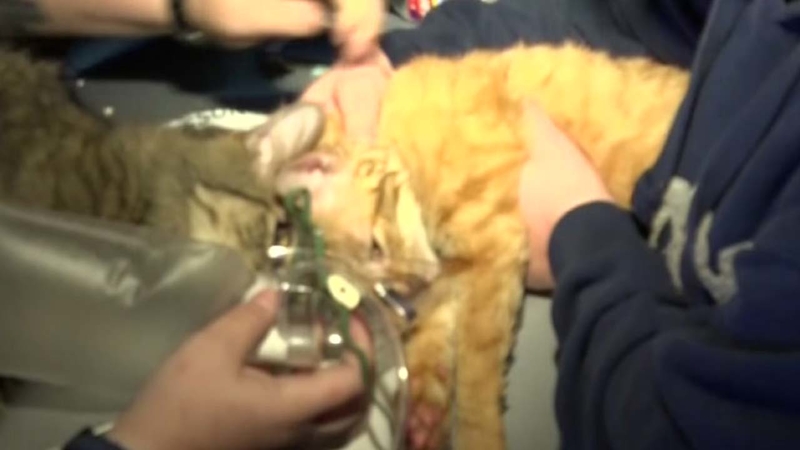 The building on Greenwood Forest and FM 1960 had a double roof and the flames were between the upper and lower roofs. The residents escaped, but a cat and a dog did not.

Firefighters had to administer oxygen to six cats at the complex. They rescued the cats from a smoke filled unit.

Resident Kimberly Holder said, "The cats are doing OK right now, one of them we just found her. She is getting some oxygen and we're hoping she'll pull through."

Firefighters say it took longer than usual to put out the fire because they were not able to get on the roof. They thought it might collapse. They also had water supply issues.

Four units were badly damaged and the entire building is without power.

The fire started in a vacant unit.