11 vehicles involved in parking garage fire at University of Houston 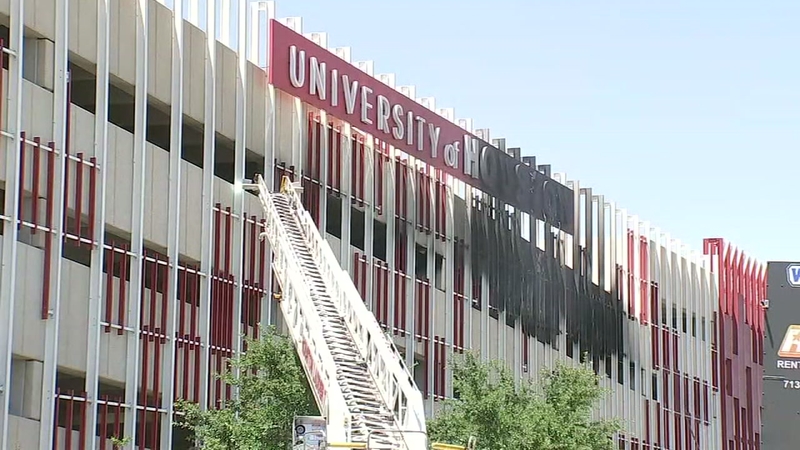 HOUSTON, Texas (KTRK) -- Firefighters were called to University of Houston's main campus Thursday afternoon after multiple vehicles were reported to be on fire.

According to UH, the fire initially involved two vehicles on the third floor of the East Garage.

The fire spread to a total of 11 vehicles.

In eyewitness video, a huge cloud of smoke could be seen billowing over the garage.

A passenger in a car parked on the fourth floor told ABC13 that he called 911 after seeing the fire.

Houston Fire Department said a firefighter was sent to the hospital as a precaution for smoke inhalation.

Vehicle owners who parked on the first and second levels of the garage were allowed back in to retrieve their automobiles. The third and fourth remained closed to the public.

No one is permitted to enter the East Garage at this time. Those with an East Garage permit may park in any ungated faculty, staff or student lot.