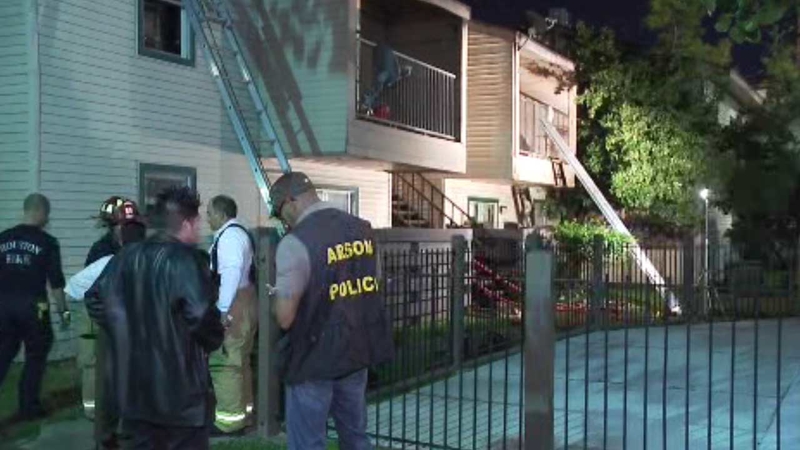 The fire started just after 5:30pm at the Summerset Landing apartments located in the 6100 block of Reims Rd.

"I'm a little anxious," said resident Alex Rodriguez-Soto. "They had to break the door down to actually go."

Firefighters went in to Rodriguez-Soto's home to rescue his two dogs, one a pit bull named Rambo the other hey mixed breed named Canelo. The fire was quickly upside to a two alarm fire.

"The occupants self evacuated; the Houston fire department did not have to carry anyone out," said Houston Fire Deputy Chief Fernando Herrera. "It went well. The firefighters were able to save a large amount of the structure and they kept it confined to the building of origin."

Herrera said it is still not known how the fire started and exactly where. More than a dozen residents were not able to go back into their apartments because of fire or smoke damage. Rodriguez-Soto was allowed to go back for Rambo.

"I have not checked inside yet. We're hoping for the best, but we don't know," said Rodriguez-Soto.

Rambo was in a kennel on the patio. He was brought down to safety.

"Tragedies happen. What can we do? Hopefully we're gonna pray for the best," said Rodriguez-Soto.