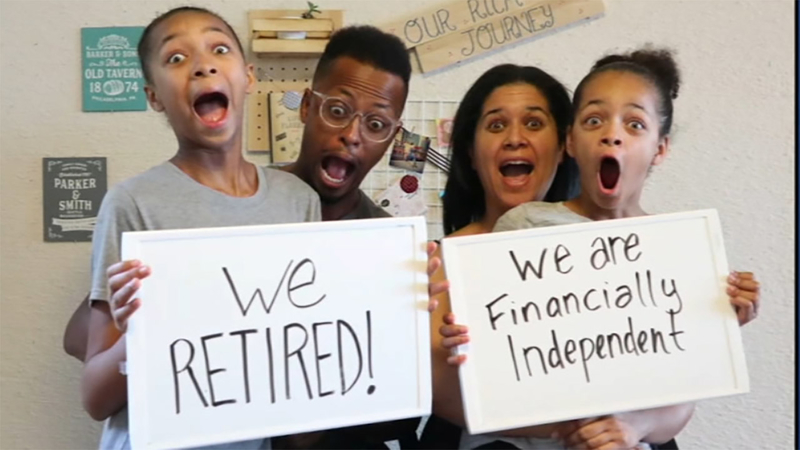 One couple from San Francisco is proving that early retirement is indeed possible.

They're part of the group of people joining what's called the FIRE Movement.

Christina and Amon Browning have two kids -- Sunoa and Melea.

Now they're living their retirement dream in Portugal.

So, how did they make it happen?

They're part of the FIRE Movement -- which stands for Financial Independence, Retire Early.

It's all about maximizing savings and generating passive income so your money works for you instead of the other way around.

"There's more to life than just sitting in my cubicle," Amon said.

"When he told me that I was like, 'ok, I've never heard of this, this sounds so bizarre,' but it was like maybe we can do this," said Christina.

The Brownings were able to save more than $2 million in just 8 years by investing 70 percent of their income, flipping fixer uppers, trading in their expensive BMW for a used minivan and earning thousands more while driving for Uber and Lyft.

"We just thought this would be a pretty fun project to do," said Christina. "Share our story, share our journey and reach people and tell them there's an alternative to working these long hours."