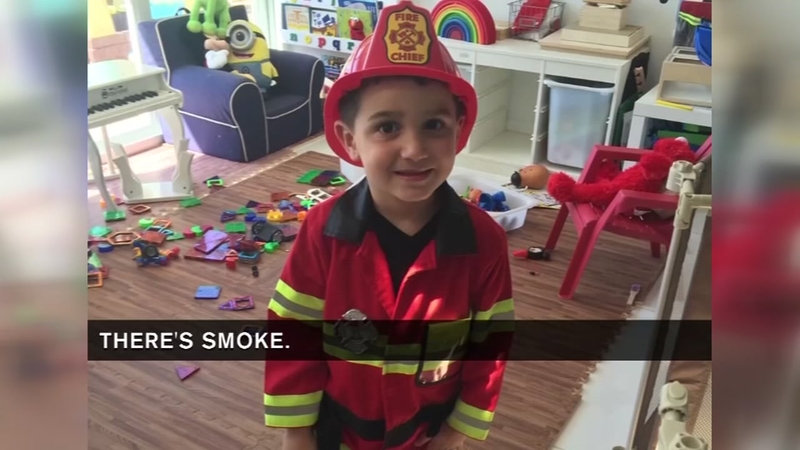 MIAMI, FL (KTRK) -- A 4-year-old boy in Miami is being called a hero after he helped to save his family from a major house fire.

He's only 4, but he's the hero of his family. He alerted his mother to a fire in the kitchen, and there's a phrase from a popular children's movie that helped.

A pizza box that was left on the stove caused the fire. Little Mason was with his 2-year-old brother Brody, and audio from a baby monitor captured the two boys when they fire broke out.

"His brother has a dropcam baby monitor in his room, and after this happened, I decided to go back and listen," Michele Einhorn said.

In the audio, you can hear Mason yelling, "Fire in the hole."

Mason said he learned that phrase from "Alvin and the Chipmunks."

Michele said she thought Mason was watching a YouTube video when she heard him say, "Fire in the hole."

"I'm so proud of him and he's my hero. Without him, who knows what could of happened to his brother or to his house," Michele said.

Michele was able to extinguish the fire. There was damage to furniture in the house, but it could have been far worse.