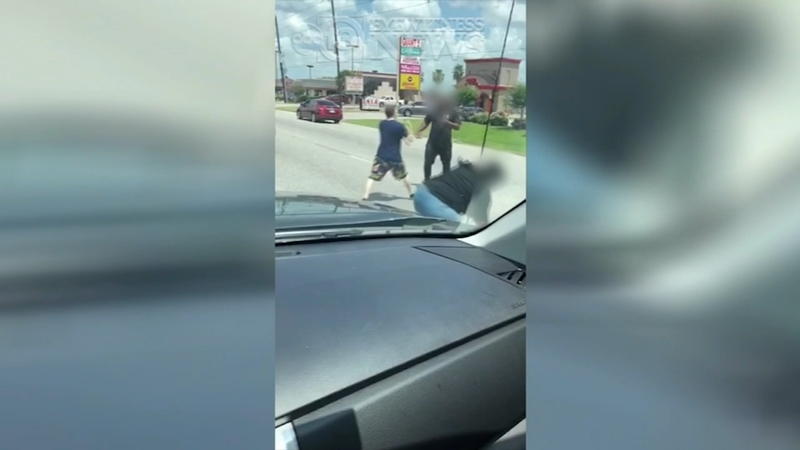 HOUSTON, Texas (KTRK) -- Fists went flying during traffic on Highway 6 near Bellaire Boulevard and it was all caught on camera.

It happened Friday afternoon: a wrecker was blocking part of the road when an impatient passenger got out of the car and confronted the tow truck driver, according to a witness.

Video shows the much smaller man being knocked on the ground before getting up and trying to pick up where he left off. A female driver then enters the picture and breaks up the fight.

After that, the wrecker driver is seen pulling off and the driver and her passenger also departs.

ABC13 reached out to the woman but she has not responded.

The tow truck driver responded, and he wanted to reveal his side of the story.

The tow truck driver said that after telling the other driver he was blocking the road, he was rushed at and knocked the driver to the ground.

After falling down, the angry driver got back up and tried again, with the result being the same.

"It's hard for us to do our jobs when you have people out here just, just crazy," the tow truck driver said.