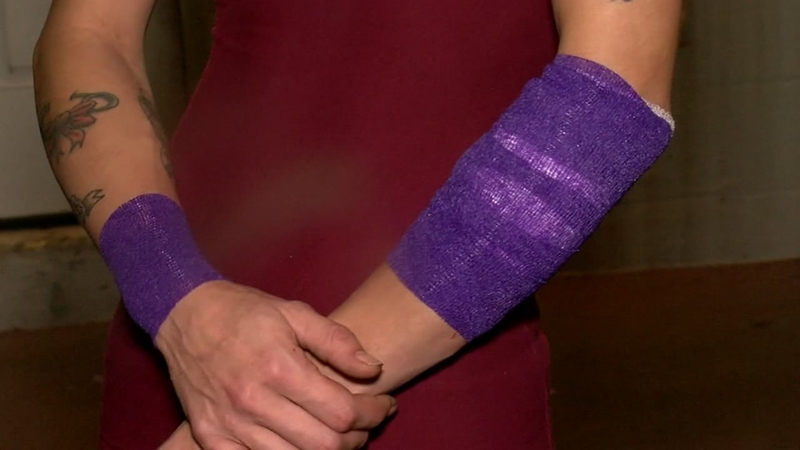 FLORIDA (KTRK) -- A mom in Florida is in the emergency room after an argument with another parent turned into a violent brawl.

Officials say the dispute about parenting tactics broke out at a school bus stop on Tuesday morning.

Authorities say the argument escalated when a coffee mug was smashed over the other mom's head.

One of the mom's involved, Tiffani Cruz, claims she had beef with the unidentified mother in the past and had confronted her for yelling at another child at the bus stop.

The unidentified woman was airlifted to hospital after suffering a serious cut to the throat, while Cruz was treated for cuts to her arms.

Officials say a dozen students watched as the two women fought and yelled.