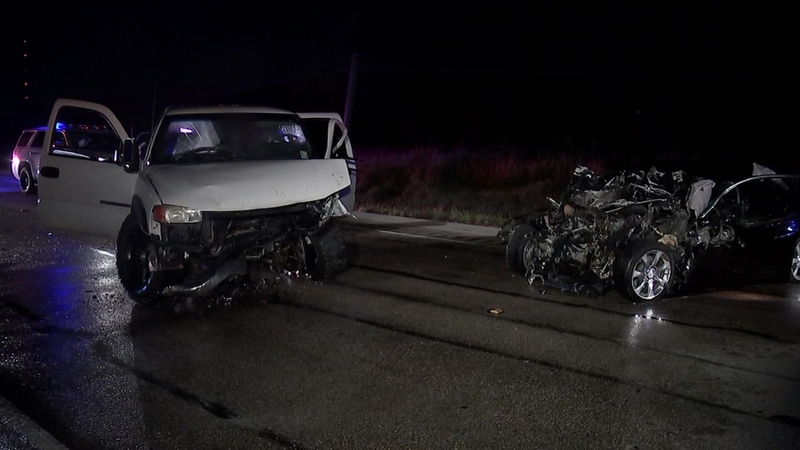 HOUSTON, Texas (KTRK) -- Three good Samaritans raced to help the drivers involved in a head-on collision before one of the vehicles burst into flames.

A Cadillac and a pickup were traveling opposite directions on McHard when one witness saw the truck drift into the car's lane just west of the Blueridge intersection. It happened around 11:00 p.m. Monday.

"Next thing I knew I heard 'kaboom', two vehicles crashed and my immediate reaction was to go see the safety about the families, make sure everyone was okay," said Shaun Wright who assisted in the rescue.

Good Samaritans tell ABC13's Courtney Fischer why they moved so quickly to help.

Denver Valentine also jumped in to help those involved. "The driver of the truck was okay, dazed but he was okay. He could feel his leg was injured. The right leg was injured. It was a compound fracture with a three inch cut," said Valentine.

While Valentine was helping the man in the pickup, he says it burst into flames. At that moment, an HPD officer arrived and everyone worked together to pull the driver out.

Charges in this case are pending against the driver of the truck.