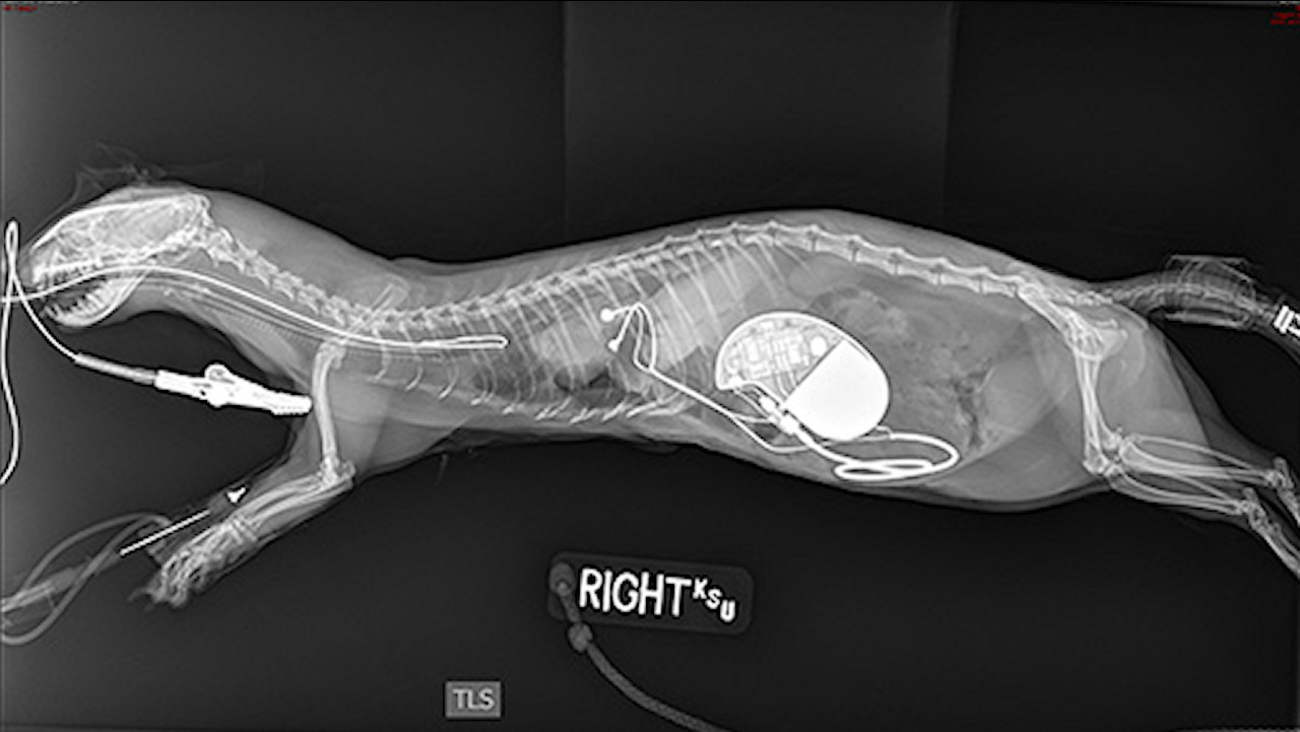 MANHATTAN, Kansas -- A ferret is recovering after being fitted with a pacemaker during a rare surgery at Kansas State University.

The 4-year-old ferret, named Zelda, is owned by Carl Hobi of Olathe, who took her to the Veterinary Health Center in Manhattan, Kansas, after Christmas. Zelda had a third-degree block in her heart, which caused a low heartbeat and a lack of energy.

The university said tests determined Zelda was a good candidate for a pacemaker, although it had to be special ordered because of her veins' small size.

The university says Zelda was released two days after the surgery and should enjoy a normal ferret lifespan, which the school's veterinary college says generally is about 10 years.