Female clerk punched in the face in struggle for cash drawer 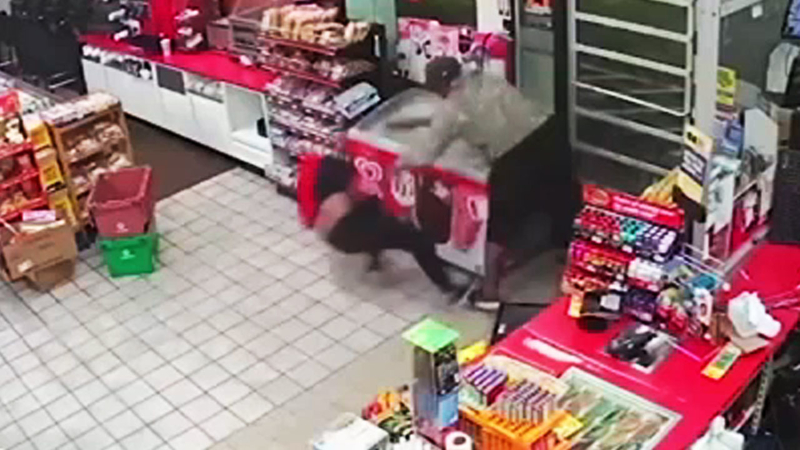 Clerk punched in the face in struggle with robber

HOUSTON, Texas (KTRK) -- Police need your help finding a robber who beat a store clerk on Houston's northside, punching her repeatedly in the face as they struggled over a cash drawer.

The unknown man was caught on surveillance camera after he entered the Shell gas station on Oct. 1 at 6451 North Freeway.

Investigators said the man posed as a customer before launching his attack behind the counter.

Video shows the man hitting the woman in the face several times before grabbing the cash drawer.

As the robber tried to flee, the clerk attempted to stop him from leaving the store. He turned and punched her several times again, knocking the woman to the floor.

The suspect is described as a Hispanic man with black hair, standing around 5'7" with a heavy build, between 230 and 250 lbs.

He wore a camo hoodie, tan khaki shorts and black shoes during his assault on the clerk.

You may be eligible for a $5,000 reward for information leading to his arrest.