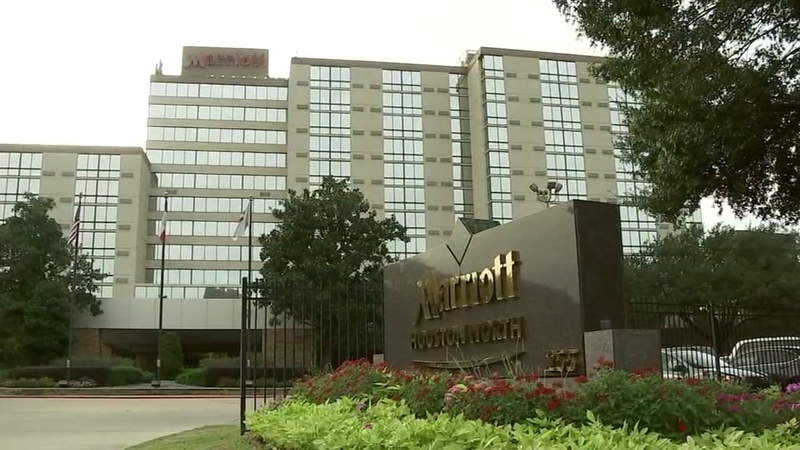 HOUSTON, Texas (KTRK) -- A flood victim wants answers from a north Houston hotel after a woman pretending to be a FEMA employee held meetings to collect people's personal information. The hotel acknowledges it might have been a scam.

Dexter Evans checked into the Houston Marriott North in the Greenspoint area on October 2nd and soon found a flyer under his door advertising meetings for "FEMA residents" to "determine eligibility for extention" (sic).

Evans says he and as many as 30 other people attended one of the meetings where they were asked to disclose private information.

"They wanted your FEMA number, last 4 digits of your social, all of that," Dexter told Eyewitness News. "I knew something wasn't right in the beginning. It didn't feel right."

Evans provided his information and then took his concern to the hotel. A few days later, the hotel acknowledged the breach.

"It is believed that the individual who collected your information did so under false pretenses and was not employed by FEMA at the time," wrote the general manager in a letter to guests.

Evans is concerned about where his information may end up and questions how the woman was able to gain access to the hotel.

"You don't know who she is? This is the digital age. For a person to do what she did, that's really bold," said Evans.

In response the hotel sent Eyewitness News this statement:

"We became aware of an individual presenting herself to hotel guests as a representative of FEMA. We alerted the authorities who are now investigating the situation. We are working closely with the proper authorities to provide all necessary information."

The hotel reported the incident to Houston police and the U.S. Department of Homeland Security.

"Unfortunately, there's criminal element out there trying to take advantage of people seeking help in a disaster," said FEMA spokesman Marcel Bright. "Someone who indicates they're a FEMA employee, they should have a government-issued ID with their name, photograph and a hologram on it," he explained.