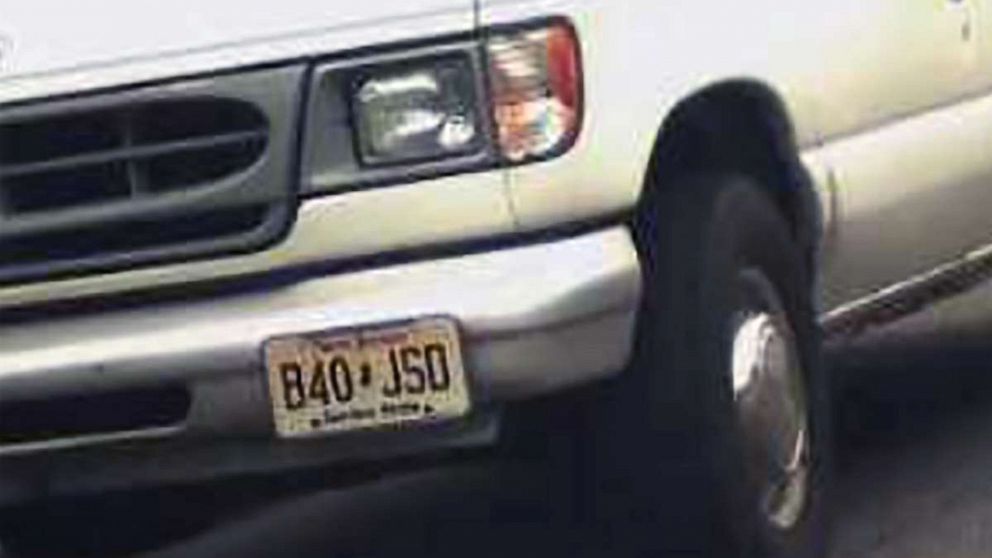 ABCNews
By AARON KATERSKY
The FBI is searching for a vehicle that was registered to one of two suspects who allegedly killed a police detective before targeting a Jersey City Jewish deli and fatally shooting three people, authorities said Friday.

The car is described as a white 2001 Ford Van, according to the Federal Bureau of Investigations Newark.

It was registered to suspected attacker David Anderson, 47, and is being sought as a piece of evidence in the investigation, according to the FBI.

The agency urged caution to the public if the vehicle is spotted because an improvised explosive device was found in another vehicle associated with Anderson.

Anderson and Francine Graham, 50, were identified as the two suspects who officials said carried out the attack and appeared to have been motivated by "both anti-Semitism and anti-law enforcement."

Both were killed in an hours-long shootout with police on Tuesday.

New Jersey Gov. Phil Murphy said the incident needs to be a "wake-up call to those who fail to see or acknowledge the rising tide of hate here in New Jersey, and around the nation."

Communities in both Jersey City and beyond have mourned for the victims -- identified as Jersey City police Det. Joseph Seals; Mindy Ferencz, 33, the wife of the supermarket owner and mother of five; 24-year-old Moshe Deutsch, a Yeshiva student; and Douglas Miguel Rodriguez, 49, an employee at the store -- since the killings.

Mayor Jersey City Steven Fulop called Seals "one of the best police officers" in a news conference on Friday. He said the day Seals was killed, the officer "was just doing very good police work."

In an effort to honor Seals and help ease the pain of his family -- a wife and five children -- Frank Siller, the president of the nonprofit Tunnel to Towers foundation, announced that the organization would pay off the family's mortgage.

"We are going to take care of them," Siller said.

Meanwhile, in Jersey City and Brooklyn, New York, thousands of members of the Jewish Orthodox communities gathered at cemeteries Wednesday night to bury Ferencz and Deutsch.

The incident unraveled around around 12:38 p.m. after police received a 911 call from an individual who discovered Seals' body at the Bayview Cemetery, about a mile from the kosher market, according to New Jersey Attorney General Gurbir S. Grewal.

Seals apparently had gone to the cemetery alone to meet the suspects and one of them may have been an informant he had worked with, possibly explaining why he felt comfortable meeting in the cemetery without backup or radioing in about the rendezvous, sources told ABC News.

After the suspects allegedly killed Seals, they got into a stolen U-Haul van and drove to the Jersey City Kosher Supermarket, arriving at about 12:43 p.m., Grewal said. The two then opened fire at the store, according to Grewal.

The FBI is taking the lead into the investigation of the incident, which is being handled as domestic terrorism. The agency created a webpage for submission of photos and videos that could contain information relevant to the crimes.
Report a correction or typo
Related topics:
abc newsnational
Copyright © 2020 ABC News Internet Ventures.
More Videos
From CNN Newsource affiliates
TOP STORIES