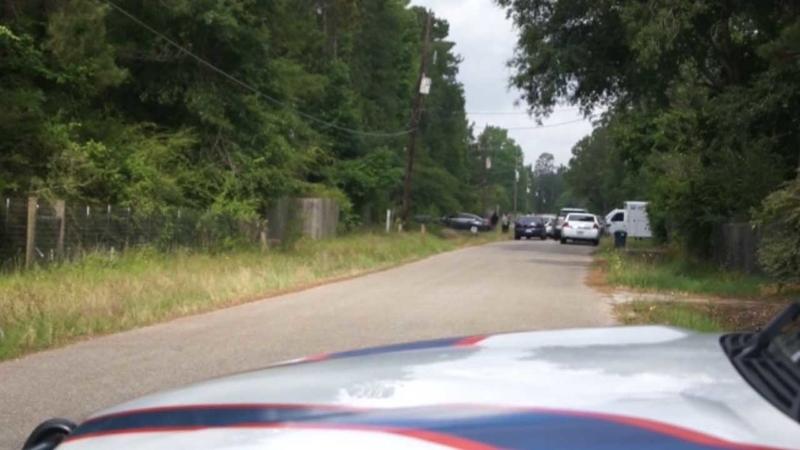 Raid leads to arrest of suspect in cold case murder

HOUSTON (KTRK) -- A raid at several locations in Montgomery County today ended with the arrest of a suspect in the 2012 murder an Iranian student.

Heavily armed federal agents and local law enforcement have been in Montgomery County all day. They say at least three people have been arrested, including Ali Irsan, who is charged with murder in connection to the fatal shooting of Gelareh Bagherzadeh.

The U.S. Attorneys Office says three people are in custody on federal fraud charges. One of those arrested sat smiling in the rear of a police car. The police presence was significant as heavily armed officers -- some in paramilitary gear -- searched at least four properties around Montgomery County.

Watson says she would regularly hear sounds of either gunfire or something exploding on the property where one of the raids occurred off Irwin Keel and Firetower Road. She complained to those neighbors once about someone there throwing rocks at her dogs and she says that set the neighbor off.

"He declared war with me. 'You want war? You got war,'" Watson remembers saying.

In January 2012, Bagherzadeh was shot while driving in The Galleria area where she lived. She was found slumped over her steering wheel. Friends and family said she was passionate about a number of causes including the treatment of women in Iran. But Crime Stoppers rewards of hundreds of thousands of dollars never generated tips leading to an arrest.

Bagherzadeh's heartbroken friends collectively relieve after years of wondering who killed her and why.

Shafinury turned his grief into lyrics following his friend's brutal murder. He spoke with me from Austin.

"It represents I think not just my love for her but thousands and thousands of people that poured out," Shafinury said.

Irsan's arrest, friends say, is one step closer to the justice, for which Bagherzadeh always stood.

"For me the most important thing was to remember her, the joy that she brought to so many people's lives, the smile that she had," friend Fatan Kasbidi said.

Irsan, who's from Jordan, is charged now with her murder. We can tell you that his driver's license comes back to a property on Irwin Keel, where the raids began. Detectives are not saying yet what links him to the killing. Nor are they identifying the other two who are in custody on the federal fraud charges. They're also not revealing why there were so many different locations at which the raids were conducted.