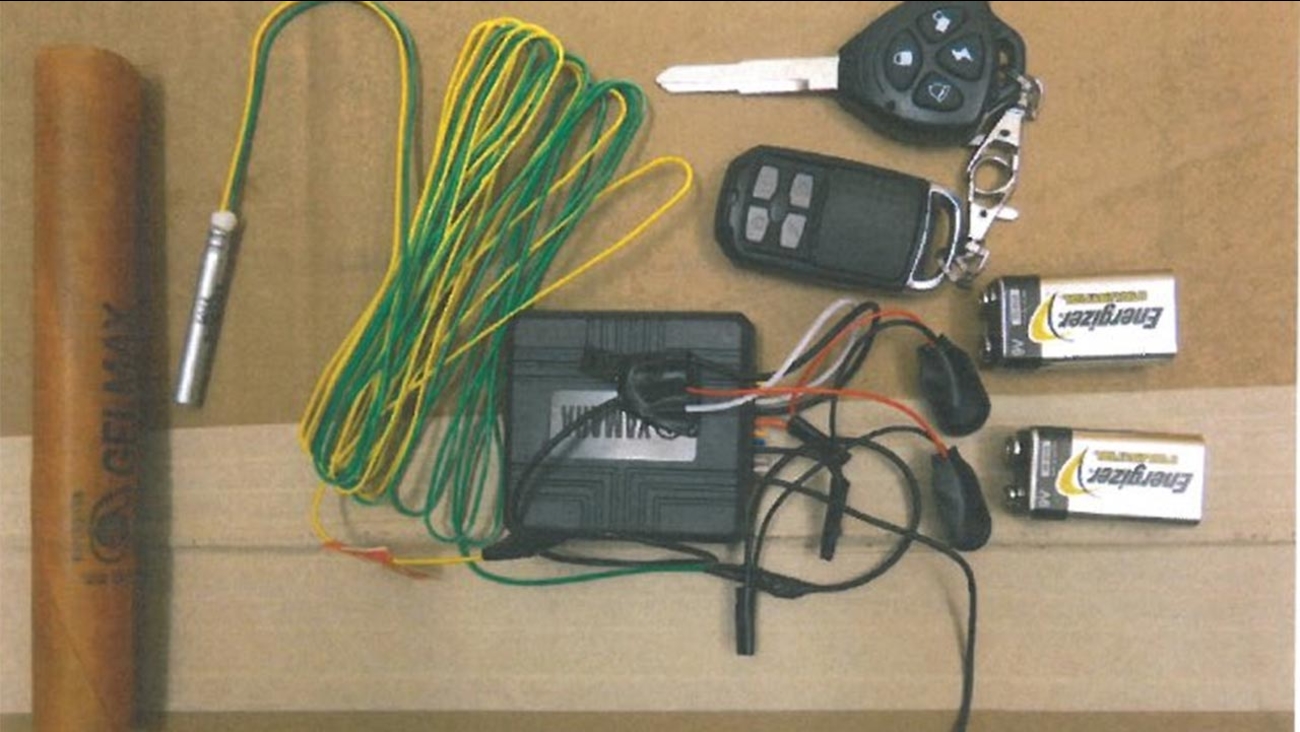 HOUSTON (KTRK) -- A 50-year-old Houston man has been arrested on charges that he attempted to transport explosives for the purpose of injury or destruction of property, announced U.S. Attorney Kenneth Magidson along with Special Agent in Charge Perrye K. Turner of the FBI.

This is where the bomb plot suspect lived & worked, neighbors say. He was arrested here too. @abc13houston pic.twitter.com/2meCshAIsT

Cary Lee Ogborn is charged with attempting to transport explosives with the intent that those explosives be used to kill, injure, or intimidate any individual or to damage or destroy a vehicle or building. He was arrested late Friday after picking up a package he believed contained such explosives. He is expected to make his initial appearance before U.S. Magistrate Judge Frances H. Stacy at 2:00 p.m. today.

The criminal complaint, filed upon his arrest, alleges Ogborn initiated an anonymous online order of explosive materials on a network of computers designed to conceal his true IP address. Ogborn allegedly went to an online marketplace that enables vendors and users to conduct anonymous transactions involving the sale of illegal goods.

Beginning on or around Aug. 20, 2016, Ogborn allegedly sent a private message via this network seeking items he intended to use to cause the explosion of a building. According to the complaint, Ogborn continued to communicate with someone he believed was a vendor, but whom was actually an undercover FBI employee.

Ogborn eventually placed an order for items he intended to use to destroy a vehicle and a building, according to the charges. After receiving notice that his package had arrived in his post office box, Ogborn allegedly retrieved the package and opened it.

He was arrested soon thereafter.

There are no indications Ogborn's arrest is connected to the ongoing investigations in New York, New Jersey or Minnesota #HouNews

The FBI says there is no indication the plot is connected to the bombings in New York and New Jersey this weekend.

Keep checking back on this page to get real-time updates as this story unfolds. To get alerts for breaking news, download the abc13 news app for iPhone or Android. You can also get breaking news alerts sent to you by email.
Related topics:
houstonbombingexplosionfbi
Copyright © 2021 KTRK-TV. All Rights Reserved.
TOP STORIES
Innocent woman dies when carjacker drags her in E. Houston
Woman's boyfriend charged in death of 7-month-old, sheriff says
H-E-B exec among Gov. Abbott's appointees to energy reliability panel
Experts weigh in on why Houston is seeing increase in homicides
Woman charged in fatal hit-and-run of Pasadena mom
Closer look at proposed voting maps in Texas
Another round of storms coming Wednesday morning
Show More
Golf club beating leaves man dead and another charged
Son accused of murdering his 81-year-old mother in Fort Bend Co.
Art Acevedo, on hot seat in Miami, questioned over dirty dancing
Man due for execution today 30 years after Pasadena brothers killed
Gabby Petito's family speaks as FBI manhunt continues
More TOP STORIES News