Father of missing Houston woman terrified of potential outcome: 'It breaks my heart' 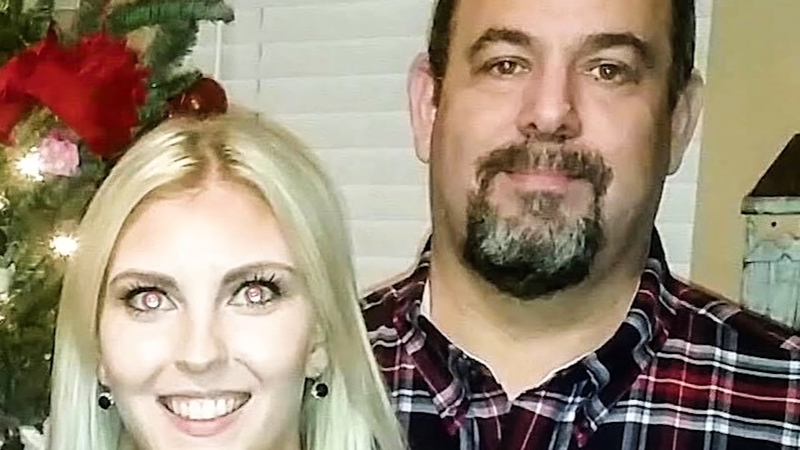 HOUSTON, Texas (KTRK) -- In his first public interview, the father of a woman who's been missing for nearly two months in Montgomery County is speaking out and said he's gravely concerned.

Taylor Pomaski, 29, has been missing since the end of April.

"She'd walk into a room, very bright and bubbly, if that makes sense," said her father, Stephen Pomaski, when describing his daughter. "[She] greeted everybody with a big ol' smile. Very friendly, very outgoing."

Stephen told Eyewitness News he and his wife first became concerned when Taylor failed to call the family on Mother's Day, which was the same day as Stephen's birthday.

"It kind of hit us early in the day. We haven't heard from her in a week and a half, two weeks at this point," he said.

The parents called law enforcement that night and began filing a missing person's report with the Harris County Sheriff's Office around 12 a.m. on Monday, May 10.

As the oldest of five children, Stephen said Taylor was a proud and sweet big sister who loved her family and was always checking in on her siblings.

Investigators said she was last seen at her boyfriend's home in the Spring area. Her boyfriend, Kevin Ware Jr., is in the Montgomery County Jail on unrelated charges, but prosecutors have asked to deny him bail, saying in court records, "the defendant is suspected of murdering his girlfriend, Taylor Pomaski."

Kevin Ware Jr.'s girlfriend was last seen at a party in northwest Harris County in April. Today, he was arrested at a parking lot in northwest Houston.

The Montgomery County District Attorney's Office declined to explain why they are calling Ware a suspect in her murder.

A source close to the case with the Harris County Sheriff's Office said Ware is still just a person of interest. He's one of several people investigators say they are interested in speaking with.

Ware has declined all requests for interviews related to Taylor's disappearance.

Ware's defense attorney, Coby DuBose, sent a statement to ABC13 saying in part, "Previously, law enforcement reached out to Kevin regarding Ms. Pomaski, and he told them what he knew, and let them in his home."

Stephen said his daughter began dating Ware in the fall of 2020.

"If he's not responsible, he has to know something," he said.

When Taylor went missing, Stephen said Ware told him she just left the house, leaving behind all of her personal items, including her cherished dog, Molly, a pet her father said she would never abandon.

"No matter what happens in her life, she always makes sure Molly is taken care of," said Stephen.

When asked about a recent photo of Taylor taken by a friend, who was stunned by the change in her appearance, her father said it is hard to look at, realizing she was in a dark place.

Stephen remains holding on to hope his daughter will return, saying any other ending is too painful to imagine.

"I'm terrified for the potential outcome. It breaks my heart," said Stephen.

If you know anything about the disappearance of Taylor Pomaski call Crime Stoppers at 713-222-TIPS.