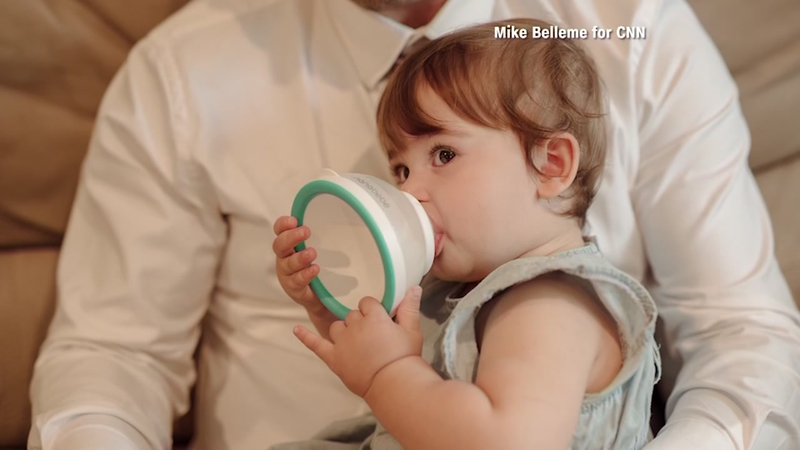 A father's need to feed his three-month-old baby led to the invention of a baby bottle that warms breast milk more quickly.

Both are biomedical engineers.

Lanternari got the idea one night when he was warming up breast milk for his child, a process that normally takes 10 minutes or longer.

He was exhausted, and thought there had to be a better way.

He envisioned a round bottle that would spread breast milk into a thinner layer to allow for faster warming.