Woman dies after crashing into family of 5 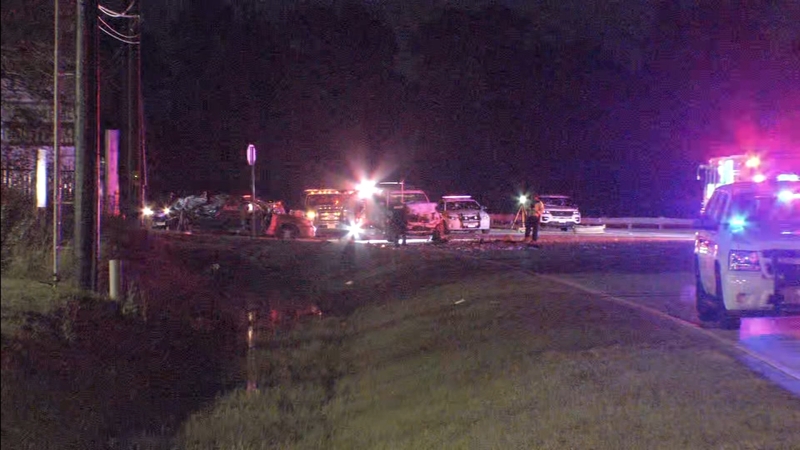 It happened just before 2 a.m. in the 8100 block of Spring Cypress Road near Glen Haven Estates Drive.

The woman was in an eastbound Toyota Camry on Spring Cypress and lost control of the vehicle, according to the Harris County Sheriff's Office.

The Camry collided with a westbound Toyota Sequoia with a family of five inside.

The driver of the Camry died at the scene, deputies said. A man, woman and three children inside the Sequoia were taken to a hospital with non-life threatening injuries.

Deputies believe speed may have been a factor in the crash and the woman who died was not wearing a seatbelt. Her identity wasn't immediately released, but was believed to be between 20 and 30 years old.