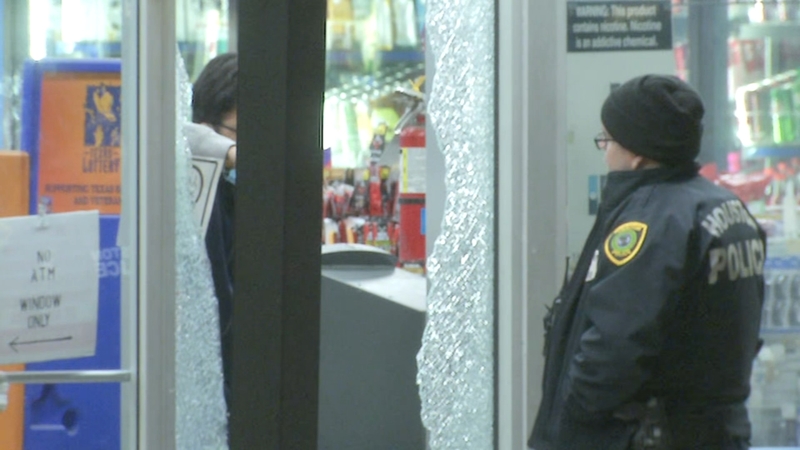 Man shot to death at Chevron in west Houston

HOUSTON, Texas (KTRK) -- A man in his late twenties was shot to death at a gas station on Westheimer near Eldridge Parkway Sunday morning.

Houston Police are searching for two suspects allegedly responsible for the fatal shooting.

Detectives said first responders received the call around 1:35 a.m. at the Chevron gas station. Upon arrival, they found the victim with multiple gunshot wounds and pronounced him dead on the scene.

They said one suspect was wearing a blue hoodie, and the other was in a black hoodie. Both left the scene in a red, four-door sedan.

"The victim is a customer, and the suspects are possibly also. They've been coming here for the last few days as well, according to the owner of the business," said Lt. Emanuel Pavel.

Investigators said an altercation between the victim and suspects led to the shooting. The store clerk told police he heard the shooting but did not see it.

The clerk says this is the first shooting he's seen at this store in his eight years of working. The shooting shattered two of the store's front windows.

HPD said they don't know what the motive is, but there's no information at this time that indicates the shooting was gang-related.

Police said there were witnesses, and they are reviewing the surveillance video.

"There was no one in the gas station at the moment. There are no other injuries," said Det. Caleb Bowling.