KTRK
By Courtney Fischer
HOUSTON, Texas (KTRK) -- Friends and family are holding a BBQ benefit today for a 15-year-old boy who was robbed, shot and killed earlier this week.

That celebration is happening hours after all three of Bryan Escalante's suspected killers appeared in court.

Jashon Freeman, 18, Jacorey Randolph, 19, and Albert Edmond, 18, have all been arrested and charged with capital murder.

Police say the suspects got into an altercation with Escalante in the parking lot of the Innsbruck Lemoyne Apartment complex in the 4600 block of Sherwood around 7:45 p.m. Wednesday.

According to court documents, witnesses saw Edmond shoot Escalante multiple times as he walked away. Escalante's family says the suspects took his wallet and his black iPhone 5S, which did not have a cover -- a detail that would help police later identify the teen's phone.

When authorities arrived at the scene, they found Escalante dead in the parking lot. Witnesses told police the suspects left the scene in a black BMW.

Hours later, Spring Valley police pulled over the suspects' car about seven miles down the road, for a traffic violation. Houston police had broadcasted the description of the car over the radio.

Edmond was identified as the driver. He was already wanted for aggravated assault with a deadly weapon out of Harris County after allegedly threatening someone with an assault rifle. He has also been charged in that case, which happened on July 31.

All three suspects were arrested for the shooting after being pulled over.

The BMW they were in was impounded. Inside the car, officers found six grams of marijuana, 20 Xanax pills, five cell phones, spent shell casings and bloody clothing.

One of the phones matched the description of Escalante's phone. There were also several missed calls and texts in Spanish from Escalante's family.

"Its (the iPhone) display screen had several missed calls and texts in Spanish from the brother," the prosecutor said in court, reading from the charging documents.

Police interviewed all three teens. Each recounted what happened differently.

Freeman told police he, Randolph and Edmond originally went to the apartment complex to buy drugs. He said three Hispanic men got close to their car, and one of the men reached into his pocket.

The officer who responded to the scene said no guns or drugs were found on Escalante or in the area.

Investigators who spoke to Randolph said that he initially claimed he used drugs and slept all day until he was pulled over by police and arrested. He later admitted he was in a BMW with the other two suspects and went to buy drugs.

Randolph has another version of the story. He said that Freeman was the only one who got out of the car. Randolph said Edmond had nothing to do with the shooting. He also reported hearing shots and seeing Freeman get back into the vehicle.

Authorities say Edmond was deceptive about his whereabouts at first, claiming that he picked up Randolph and Freeman to go visit friends and family.

Edmond later admitted he went to a parking lot on the north side of town. He said Randolph stayed in the car while Freeman met with a Hispanic man to buy drugs. He also said that he heard shots and saw Freeman get back into the car.

Escalante's aunt says he had just helped his mother with laundry and then got a text from a friend and left. The next thing they knew Escalante was shot.


"I ask you to keep his family in your prayers, his family is devastated. His mom, destroyed," said his aunt, Brenda Preciado.

Edmond, Freeman and Randolph have no bond.

Family members say Escalante was just one week away from his 16th birthday.

His family has started a GoFundMe to help with funeral expenses.

Court records show that a woman was in a car with Edmond and another man who asked for something to drink.

They went into her house, but she asked them to leave.

The woman told police Edmond started kicking her after the other man threw her on the ground and repeatedly punched her.

She told police when they finished beating her, they left. As they drove away, the woman claims Edmond pointed what appeared to be an AR-15 style assault rifle at her and yelled, 'Do something.' 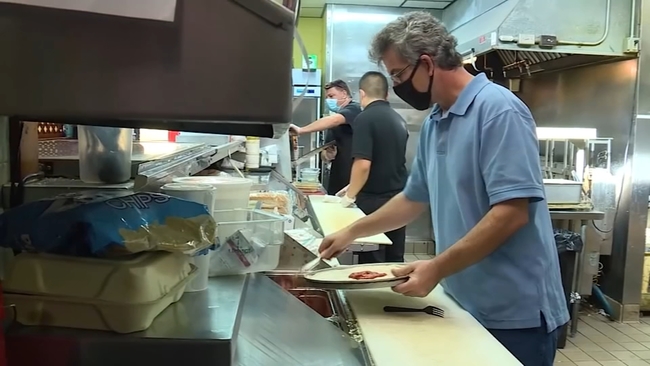