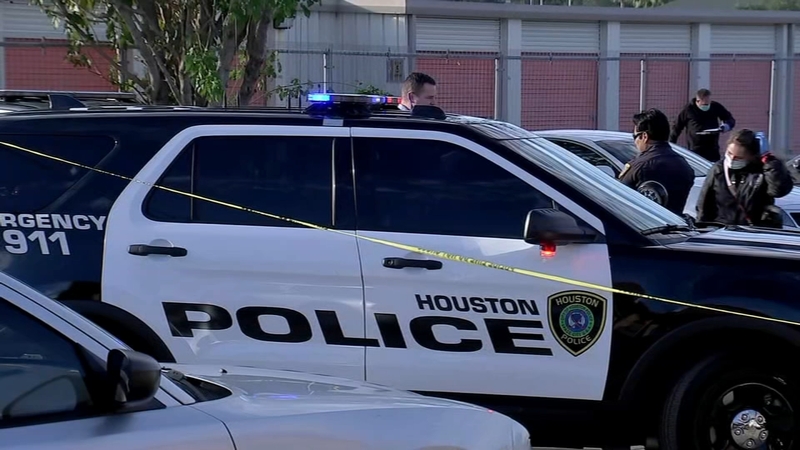 HOUSTON, Texas (KTRK) -- Houston Police are investigating after finding a man in his early 20's was shot several times in the parking lot at Edison Apartments on Westheimer Road in west Houston.

Alejandriana DeCastro was home when it happened and says she heard a man and woman arguing prior to it.

HPD homicide detectives at Edison Apartments at 11770 Westheimer in west Houston where a man was found shot and killed. @abc13houston pic.twitter.com/SUokCyadQl

"He says 'Please girl, don't leave me, I love you I love you,'" says DeCastro.

The next thing she hears is a gunshot.

She says, "I hear one shooting and say oh my god what happened?"

Police responded to the complex around 2:45 p.m. Saturday.

"The last thing that someone heard him say was, 'don't leave me I love you' and now he's laid out," says Deja Brown, who was home at the time of the shooting. She says this is the second time this week, there's been a shooting. Apartment management sent a text, Wednesday, alerting people of a shooting.

Our homicide detectives are en route to an apartment complex at 11770 Westheimer Rd, near S. Kirkwood, after a male was found fatally shot about 2:45 pm. No other information known at this time. #hounews

"I stepped outside and heard one loud shot and it rang my ears," says Brown about Wednesdays shooting.

Confidence Okpoko says he was next door to the man doing the shooting.

He says, "he was talking about his baby mama, you know, screaming, I just left him alone."

He thinks both shootings are related.

"I'm thinking it might be the same guy, I'm hoping it's not, it's crazy," says Okpoko.

If you have any information, call Houston Police or Crimestoppers.