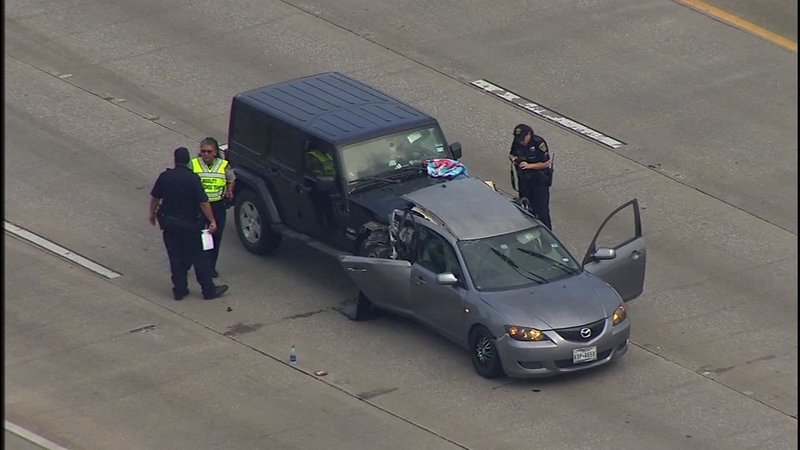 HOUSTON, Texas (KTRK) -- Police say a 19-year-old man died in a crash involving a Jeep and a Mazda 3 Wednesday morning on the East Freeway.

All mainlanes of I-10 were shut down eastbound between McCarty and Mercury for hours. The freeway has since reopened.

Witnesses told police the teen was in the driver's seat of his disabled Mazda when his car was struck from behind by a black Jeep Wrangler.

The victim was taken to Memorial Hermann Hospital, where he was pronounced dead.

A woman who was driving the Jeep Wrangler did not show signs of impairment, according to police, and was taken to St. Joseph Medical Center with non-life threatening injuries.

SkyEye13 was over the incident, where you could see the Jeep slammed into the back of the Mazda.

Police said they are continuing their investigation into the crash. The names of the victim and the Jeep's driver have not been released.