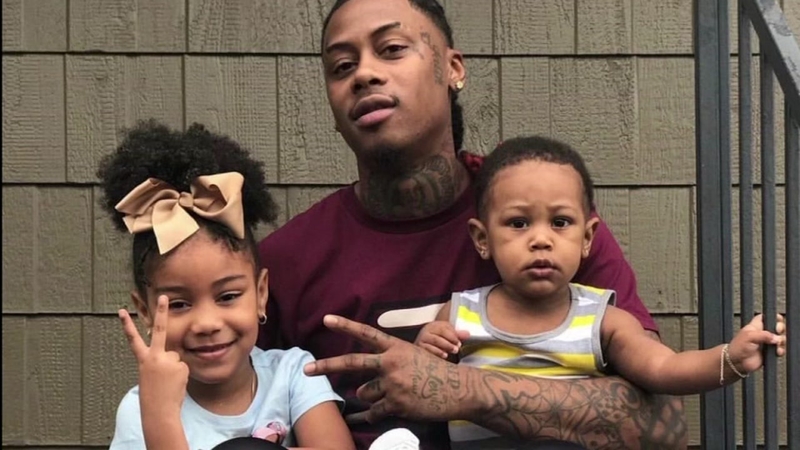 HOUSTON, Texas (KTRK) -- A grieving mother hopes her son's tragic ending in a disabled vehicle crash will help save the lives of others.

The news of Coleman's passing hit his mother hard.

"What happened," Coleman's mother Atra Ammons-Rosette asked. "How did the car break down and why is it a tragedy on the freeway?"

Over the weekend, the Houston Police Department dealt with two disabled vehicle crashes on 610.

The first was near Fannin Street, leaving one person critically injured. The second accident took place near Beechnut Street, where a disabled vehicle sitting in a moving lane was clipped by a car, triggering a multi-car wreck.

Ammons-Rosette said he was just promoted at work and Monday would've been his first day.

While he was a hard worker, she was most proud of his role as the father of two children.

"He did any and everything." Ammons-Rosette said. "He would take his last and give it to them."

As Coleman's family waits for answers, they hope their son's story can prevent future accidents.

"If your car stalls, try to get over. Pull over to the safe lane, or put your hazard lights on and just get to safety as soon as possible," Ammons-Rosette said. "I don't want to hear about anybody else losing their life."

Texas Department of Public Safety told Eyewitness News that if you break down in a moving lane the best thing to do is wait in the car.

"We've seen some folks get out of the vehicle," Sergeant Richard Standifer said. "Especially at nighttime. They try to run across the roadway. That's not a positive outcome."

Standifer also said don't call 911 if you break down. Instead, call for roadside using the phone number listed on the back of your driver's license.