Happy birthday, Miley Cyrus! 23 looks that prove the singer is one of a kind If you can believe it, the music personality once known as Hannah Montana turns 23 Monday. We've watched Miley Cyrus rise to fame as a Disney Channel star with an alter ego, and grow into a new, more edgy look and work her way into the pop culture psyche as a performer who never fails to surprise. Along the way, she's developed an over-the-top fashion sense that is distinctly Miley.

To celebrate her birthday, here are 23 looks that prove Miley Cyrus is one of a kind.

When she stuck a giant bow on her head at her Dead Petz tour this weekend. Not just because her outfit wasn't enough of a statement, but because a fan gave it to her.

When she showed what a ray of sunshine she can be on her Dead Petz tour. 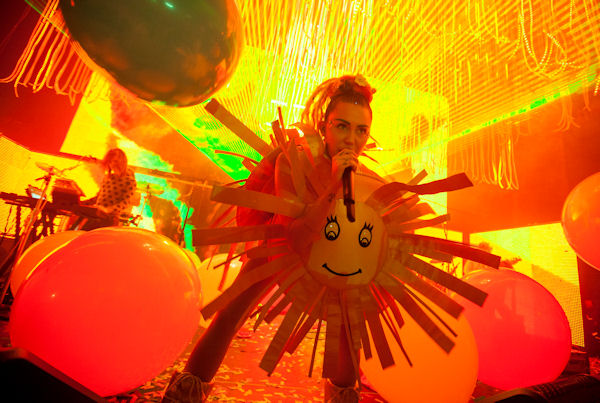 Miley Cyrus performs with Miley Cyrus & Her Dead Petz at the Riviera Theatre on Thursday, November 19, 2015in Chicago.

When she demonstrated how she gets into the bar mitzvah spirit at "Hilarity for Charity's Annual Variety Show: James Franco's Bar Mitzvah" in October.


...and when she gave the "flower child" look a makeover by turning herself into a plant at that same event. 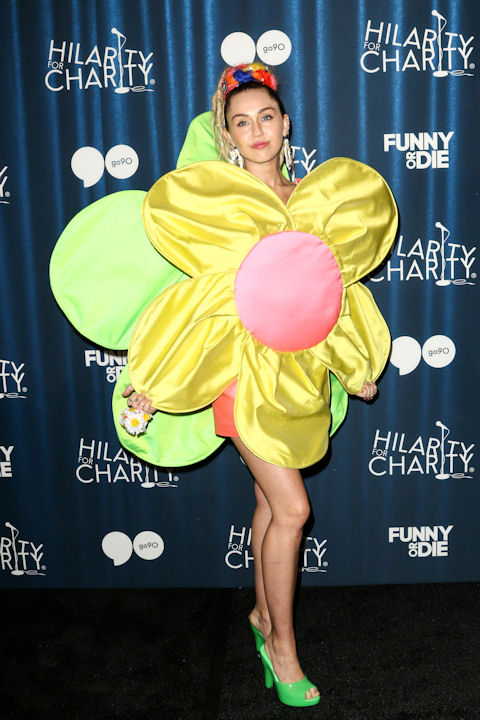 When she hosted the 2015 Video Music Awards and practiced the part with a unitard that is anything but bland.


When we weren't sure which part of her outfit to look at because it was all so interesting. 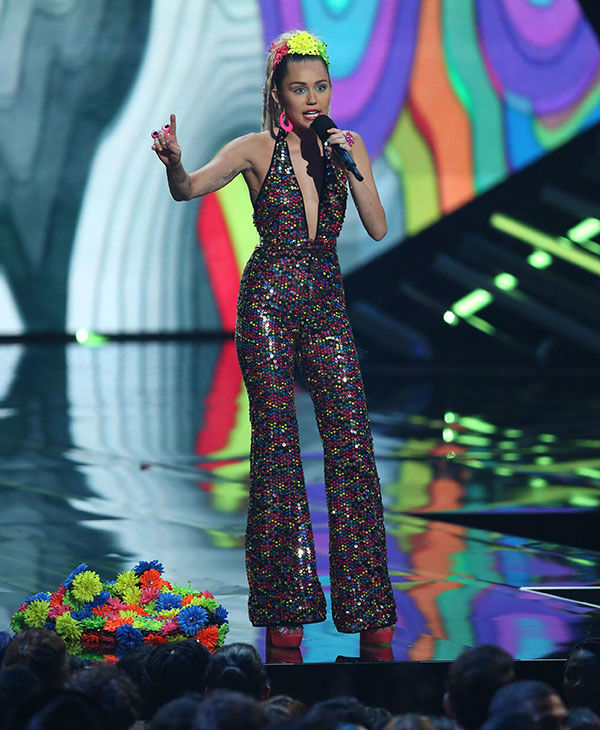 When she seemed to be supporting LGBTQ rights while simultaneously looking like a rainbow candy bar. 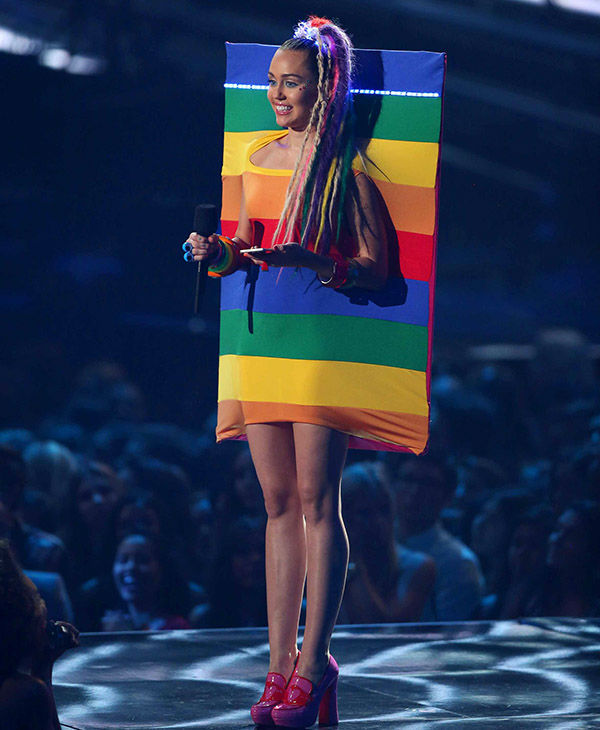 When every time she walked on stage we had to do a double-take to understand every part of her outfit. 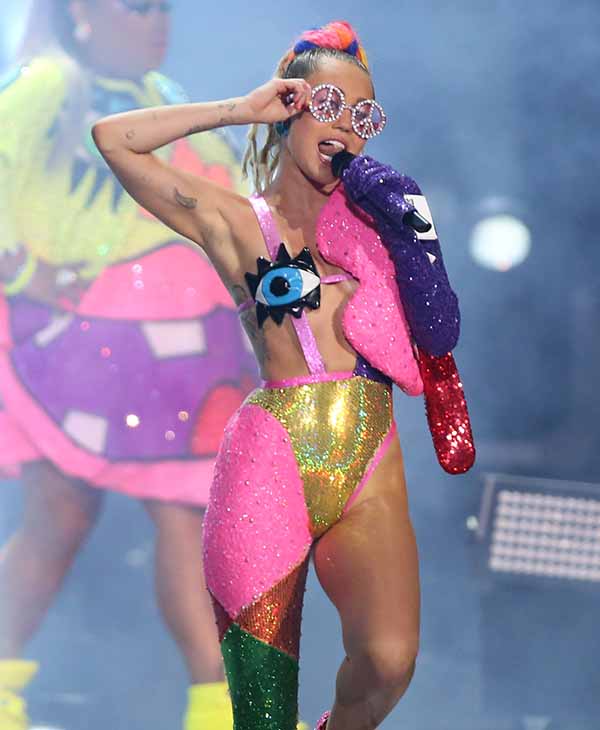 When she put a face in her outfit and then added an orange visor for that extra Miley touch. 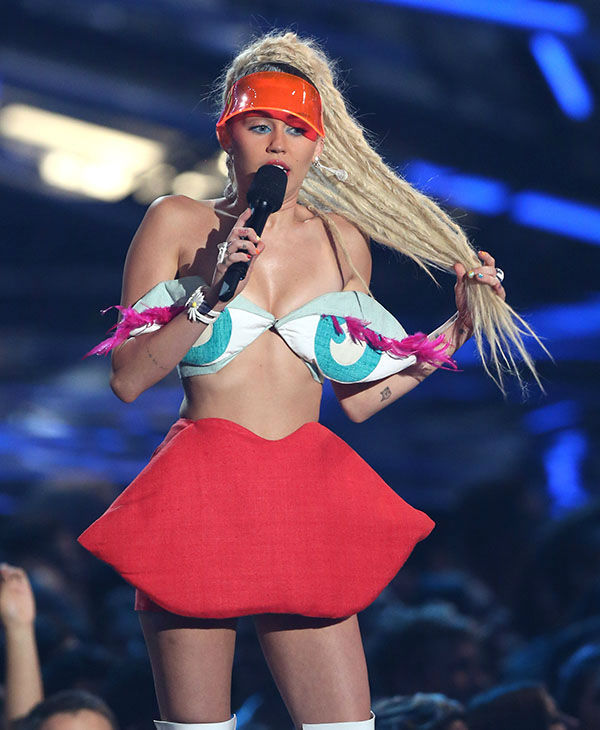 When she proved it's always the right time to dress as a giant ball of tinsel, especially if you're hosting the Video Music Awards.

When she wore kitty slippers and tie dye pants because every day is a party when you're Miley Cyrus.

When she wore her heart on her shoes and all over her dress at an event where she was honored for her charity work to fight AIDS. 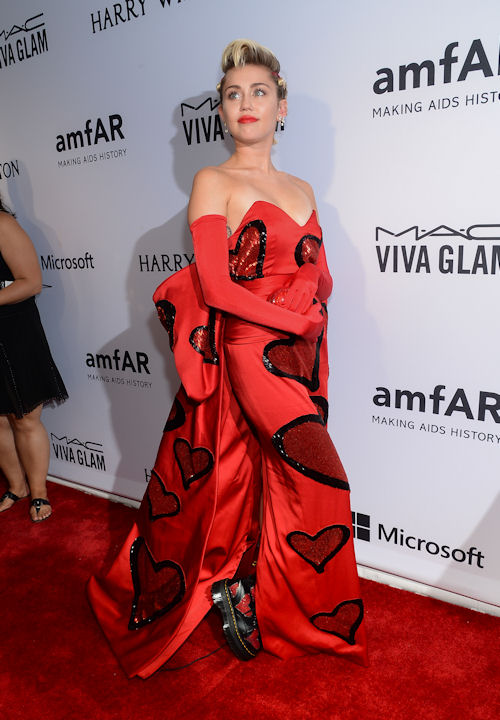 When she got cozy while also expressing her love of cats because those two things go together purrfectly.

When she took the classic bathroom selfie showing how her everyday outfit is far from typical.

When she fluttered onstage as a giant butterfly at the Adult Swim Upfront After Party this May.

When she and Ariana Grande snuggled into adorable onesies to sing a duet and raise money for her non-profit.

When she showed how her personality could be as fun as her outfits during her 2014 Bangerz tour. 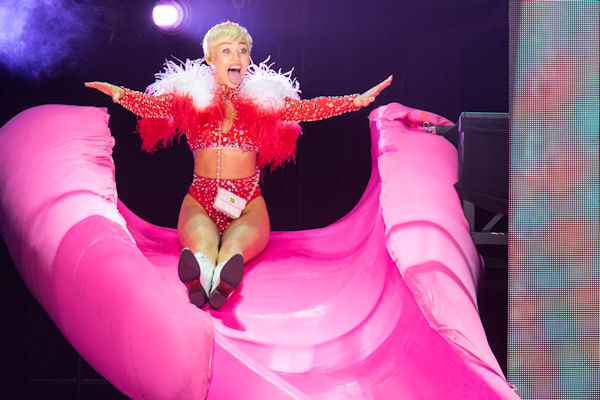 When she proved she can't be tamed and she'll wear money as a costume if she wants to. 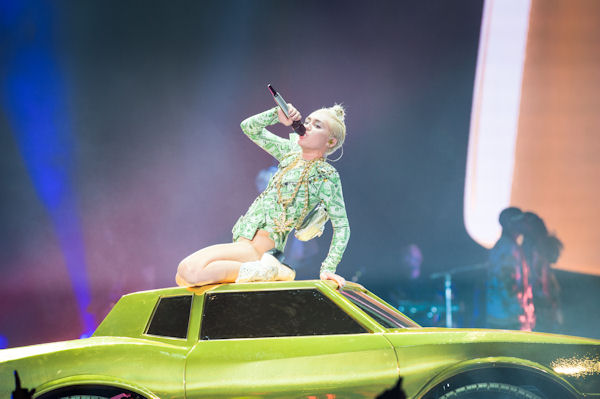 When she embraced being known for her tongue by making it a central part of her outfit during a concert in Europe in May 2014. 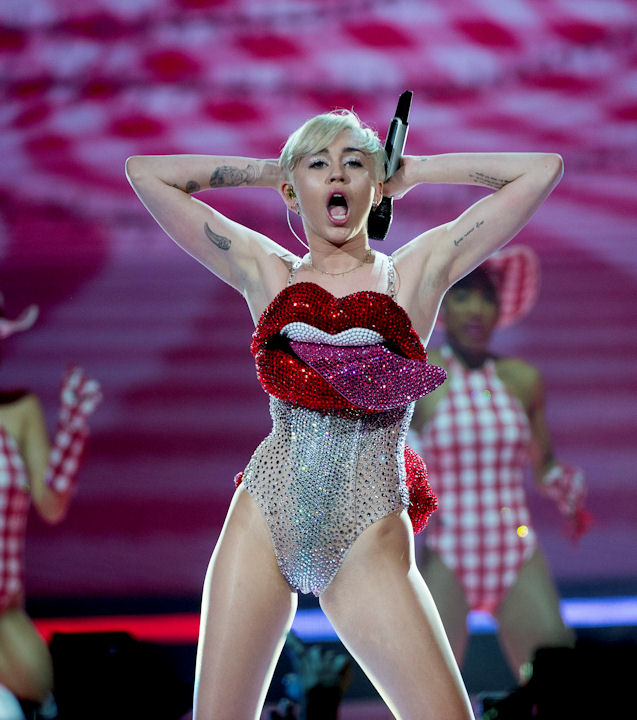 U.S. singer Miley Cyrus performs during her concert at the Ericsson Globe Arena in Stockholm, Sweden, Friday May 30, 2014.

When she raised the bar for cat lovers everywhere by performing during the American Music Awards with a giant virtual feline and the most cat outfit ever to cat. 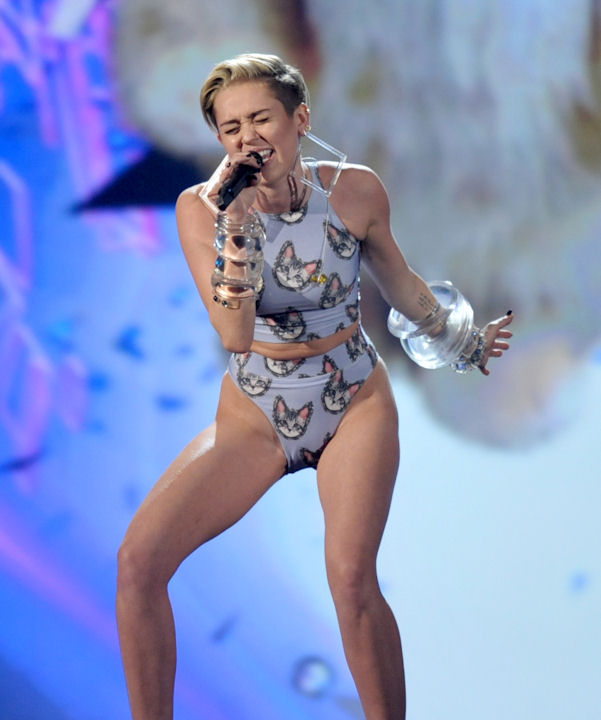 Miley Cyrus performs at the American Music Awards at the Nokia Theatre L.A. Live on Sunday, Nov. 24, 2013, in Los Angeles.

When she got us into the Christmas spirit by donning her most festive red leotard and fuzzy purse to the 2013 93.3 FLZ Jingle Ball. 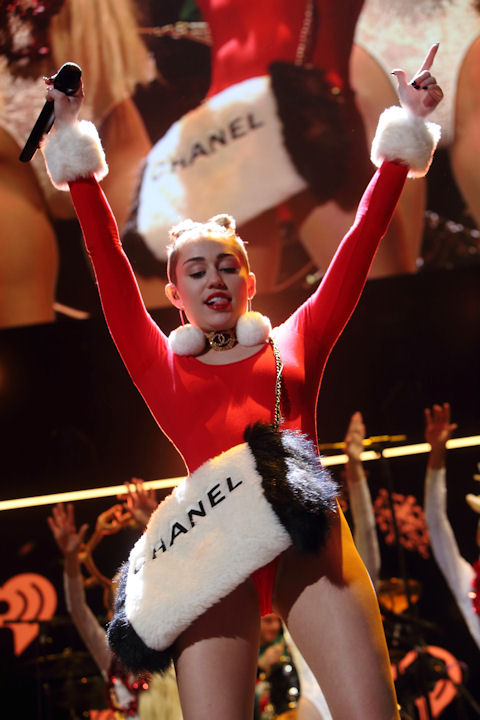 Miley Cyrus performs at the 93.3 FLZ Jingle Ball at the Tampa Bay Times Forum on Wednesday December 18, 2013 in Tampa Florida.

When she came in like a wrecking ball by setting herself apart on the 2013 MTV Europe Music Awards. 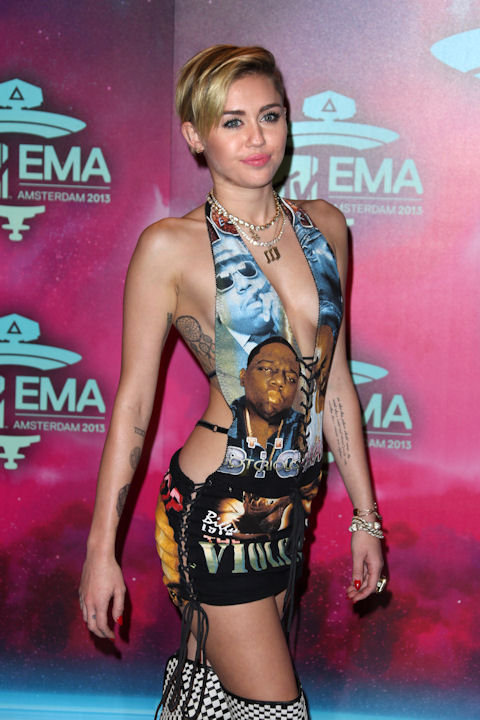 When she wore exactly what she needed to express herself at an event just for Divas in 2012...and always. 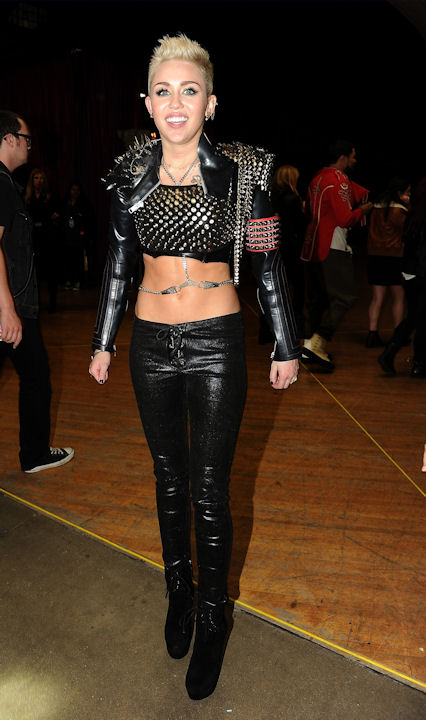