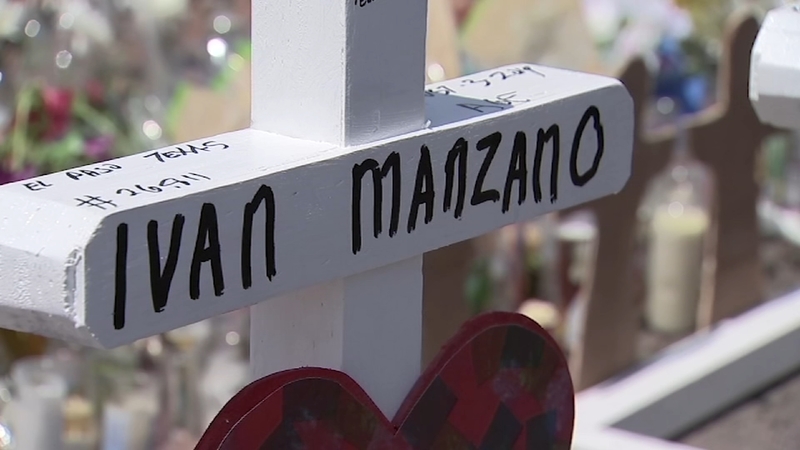 EL PASO, Texas (KTRK) -- We continue to learn more and more about the stories of the victims of the El Paso shooting - daughters, sons, mothers and fathers.

On Sunday, ABC13's Charly Edsitty was at the reunification center in El Paso as families waited in agony, trying to find out if their loved ones were okay.

She spoke to one woman who said she was trying to find her nephew.

The woman said her nephew's name was Ivan Manzano- a man with a family. He is from Mexico, but had come to El Paso to go shopping, but nobody had heard from him.

White crosses appeared at the memorial site, one for every name.

When someone came forward asking for another name to be added, Raul Arenas, a former co-worker of Manzano, found out the name was Manzano's.

"He was a very funny guy. One of those guys you thought would be laughing and stuff life that," Arenas said.

The news was so devastating, Arenas said he actually had to see it for himself.

Manzano is leaving behind two small kids and a wife.