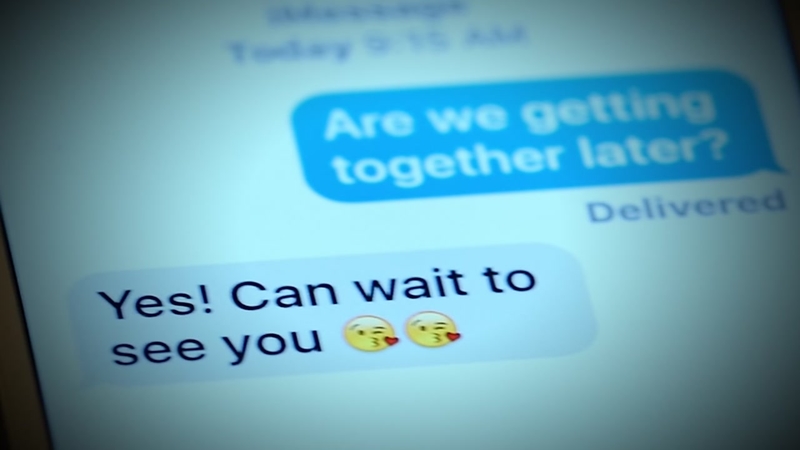 HOUSTON (KTRK) -- It's one of the worst things imaginable in any relationship, discovering your husband or wife has been unfaithful. If you're not sure, there are many things you can do find out the truth. We sat down with a local private investigator who gave a few tricks of her trade, to catch any cheater.

Our victim "Susan" explained to us what it was like when she discovered her husband had been cheating on her.

"I did not want to believe it. You're already in a fog and disbelief. I put some guilt on myself. It's so painful. I just wanted to believe nothing was happening, until I just had to."

It's the life-shattering moment that takes its victims by surprise: Finding out your spouse has betrayed you.

That's exactly what happened to "Susan," who asked that we conceal her identity. Seven years into her marriage, she began to notice changes.

"He was so distant. Very little conversation. Lots of places to go during the day" Susan told us.

Her relationship was dissolving. He found someone else. But how did she know? In fact, how does anyone know if their significant other, is no longer significant?

Private Investigator, Kathy Griffin told us "If your gut is telling you something is going on, 99 percent of the time it's right."

Griffin has been a private investigator for 25 years. When the possibility of infidelity is on the table, she says there are many red flags to watch out for.

"The physical changes are one of the most obvious and blatant. Caring all the time about how they dress," Griffin said "The spouse is coming home late. They are taking their phone with them, everywhere. The code is locked or different."

Griffin says that smartphone could be the key that tells all. Are they overly protective by sleeping with it under the pillow? Can you see what's on their phone? Are there dating apps, or messaging apps like Snapchat that delete messages once they're read? That could suggest intent to find something outside of the marriage. Another warning sign?

"They haven't been having sexual relations in years and suddenly there's a bottle of Viagra," Griffin told us.

She suggests hiring a professional because they have the tools to legally collect evidence.

Not to mention GPS trackers or data recovery devices.

"Especially if a computer is in a household that everybody uses, it's fair game" according to Griffin.

Now if you want to go about this your own, you have options.

"You can go to the spy store and there's hundreds of things you can get" Griffin said.

But it doesn't mean they're legal, so you want to make sure the evidence collected wasn't obtained illegally, so its admissible in court.

"There's a lot of different way that people can get caught, and they do get caught. And that's why they need us," Griffin told us.

As for Susan, she's moved on since her divorce.

"It can be a great thing to get rid of someone so toxic in your life that you're living with" Susan said.

Something to keep in mind, there are many products on the market that allow you track or record a suspected loved one's actions. It's not illegal to buy them, but it could be illegal based on the way you use them. Before going about this alone, experts say it's best to consult with a private investigator or attorney for legal advice.
Related topics:
family & parentinghoustoncheating
Copyright © 2021 KTRK-TV. All Rights Reserved.
TOP STORIES
Mother and daughter found shot to death in SE Houston apartment complex, HPD says
Mass shooting on Austin's 6th Street: 14 hurt, suspects at large
9-year-old boy accidentally shot by family member in Fifth Ward
Father, son dead from self-inflicted gunshot wounds in Katy disturbance
HPD officer fires at shotgun-wielding woman during domestic disturbance call
Monitoring for potential tropical development late next week, development chances at 40%
League City yacht dealer killed after being followed home from dinner
Show More
In split vote, Fort Bend ISD delays superintendent search
4-year-old who died at hospital had severe trauma, HPD says
Hitchcock Police investigating deadly auto-ped on Highway 6
Here's when a chance for cooling downpours returns
Ex-NFL player whose girlfriend is missing has been arrested
More TOP STORIES News