Officer adopts baby of homeless woman he met on patrol 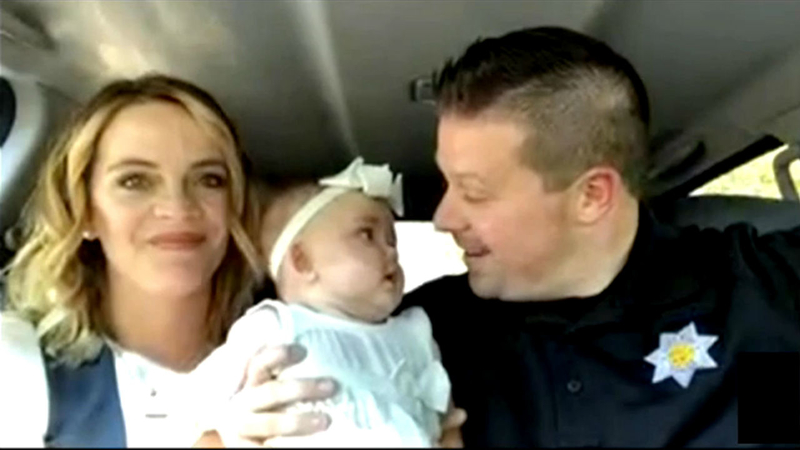 Officer adopts baby of homeless woman he met on patrol

SANTA ROSA, California -- A California police officer is a new father once again after a life-changing choice and a very special request.

Jesse Whitten, 33, of the Santa Rosa Police Department, was asked by a pregnant homeless woman he met while on patrol if he and his wife would adopt her child, ABC News reports.

The woman was suffering from a drug addiction and although he was already a father of three, Whitten said he was ready to help.

Whitten said the woman tried to get clean on multiple occasions, but baby Harlow was born with heroin in her system in February.

The county asked the woman if she wanted to arrange for emergency placement in foster care, but instead she asked the county to call Whitten.

"We were called by Sonoma County saying, 'Hey do you know who this woman is, she's just had a baby and she's asked for you guys to be emergency placement for this child,'" Whitten said.