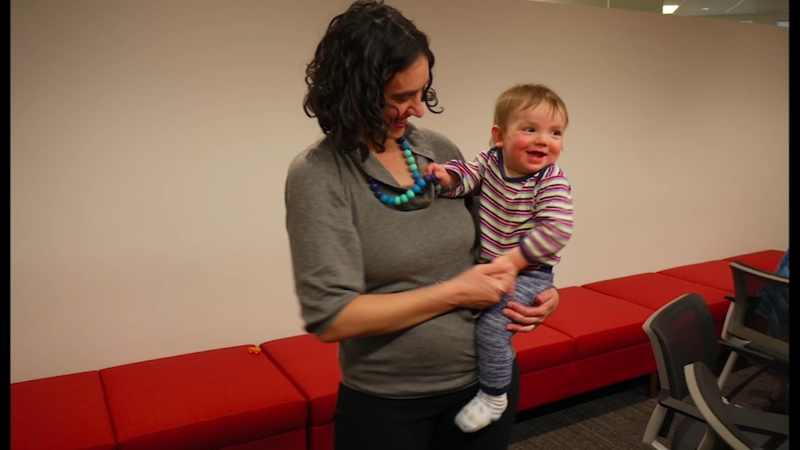 CHICAGO, Illinois -- A Chicago mother has filed a discrimination suit after being told to use the men's restroom when she needed to use a breast pump while reporting for jury duty.

As a trial attorney, Judith Miller was actually excited to be called for jury duty several months ago.

"I'd been on the other side of the jury box, I argued in front of a jury, but I've actually never been on a jury, so I was hoping to serve," Miller said.

At the time Miller was summoned, she was on maternity leave after giving birth to her first child 11 weeks earlier. She was also nursing her infant son. Before going to jury duty she checked online to ensure the Daley Center had a lactation room where she could use her breast pump.

"When I got to the head of the line, the clerk I spoke with about this had never heard of the lactation room. His first response was to excuse me, and when I didn't want to be excused he offered me, of all things, the men's room," she said.

Miller was offered the men's room because it had a working electrical outlet. She declined the offer.

As time went on without access to a private place to pump, Miller had no choice but to leave.

She wrote about her experience in a Chicago Tribune op-ed, which caught the eye of the ACLU. A discrimination complaint has been filed against three different governmental entities responsible for jurors, and the Daley Center building.