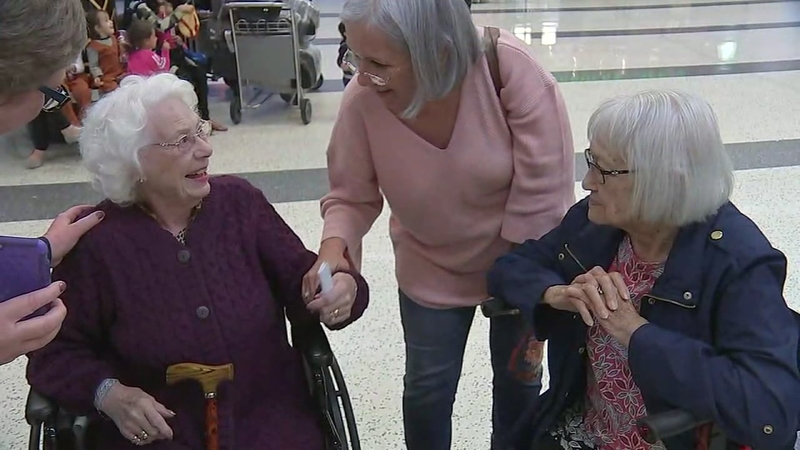 HOUSTON, Texas (KTRK) -- Before Una Pereira became a Houstonian, she lived in the U.K., was raised in a London convent, witnessed WWII, even joined the Royal Air Force.

"It's been a crazy life, a wonderful lady," grandson Christopher Periera said.

However, there was a piece of her life that she knew nothing about.

"She had said, 'If I win the lottery, I would go find out who my mother is,'" Christopher said.

So Michael found himself across the pond, tracking down her history and piecing together names and ages. Eventually, Una found out she had a sister and a brother.

"This is all crazy," Una said. "I never thought this would happen."

All three have been visiting via Skype for several months, and made plans to meet in person at Bush Intercontinental Airport.

For Una, every minute of waiting Thursday was nervewracking.

Finally, Una and her 88-year-old sister, Winifred, hugged for the first time ever. Then, 89-year-old John, her brother, joined in.

Winifred told Eyewitness News that she has spent the last two decades looking for her older sister, Una.

"You're joking, can you imagine?" Una said.

The big family reunion at Bush Airport brought everyone to tears. Now they will spend the weekend together creating new memories.