Homeless man reunited with family he hasn't seen in 24 years

Jose Lopez was discovered by the NJ Transit Police Department at Secaucus Junction on Aug. 6. A crisis outreach officer took him to their Newark offices to help him further.

It turns out the 61-year-old former Long Branch resident made his way to New Jersey from Miami.

Lopez could not communicate where his family was, but did know something about Bradley Beach in Monmouth County.

NJ Transit Officer Sean Pfeifer took it upon himself to get Lopez a haircut, shave and new clothes. He embarked on a search for Lopez's family and left dozens of messages on every phone number in the Bradley Beach area.

One of the messages was left on Lopez's daughter's answering machine and she contacted Pfeifer on Aug. 14.

Officer Pfeifer helped Lopez clean himself up and get ready for the big reunion, which happened over the weekend at Newark Penn Station.

NJ Transit captured the happy reunion between Lopez, his daughter, and his granddaughters.

Lopez didn't want to talk about the circumstances that led to his absence from family and being homeless, but he beamed as he talked about being back home.

Since the reunion, he has been spending time, catching up, eating and getting pampered by his family.

"Now that he's here, our kids get to know who their grandfather is. We get to try to make up for some lost time," his daughter Kristi Viviani said.

Pfeifer said it's the first time in his career that he's been able to reconnect somebody who has been out on the streets with their family. He said it will by far be the most memorable moment of his career.

"This story is a good example of the incredible impact and difference our Crisis Outreach Officers can make in someone's life," said New Jersey Transit Police Chief Christopher Trucillo. "I commend Officer Pfeifer for his hard work tracking down Mr. Lopez's daughters, and reuniting their family."

Lawrence Chappell said he was looking for "better things," and that's what he got after an ABC13 story about him went viral. Cheerleaders on a mission to spread cheer during the pandemic 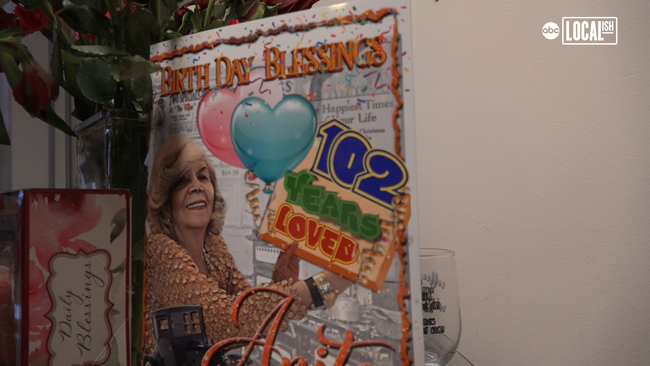