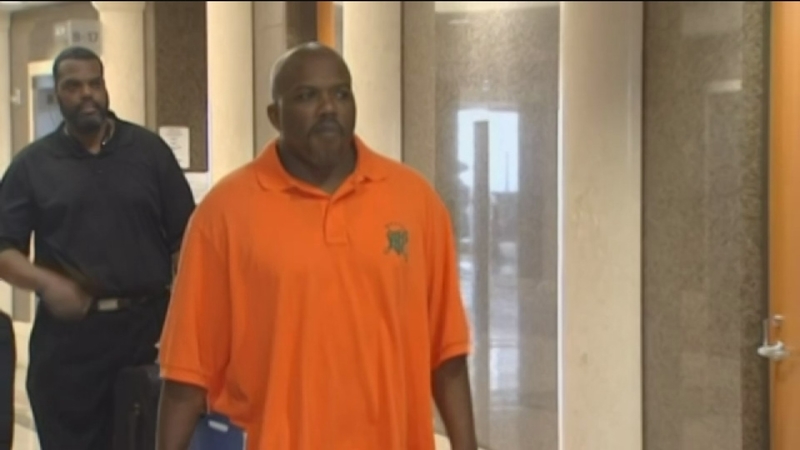 HOUSTON (KTRK) -- After a week in jail for what his attorneys say was a clerical child support-withholding error, Cliff Hall is set to be released and just in time for his son to spend the month with him.

Hall may be on the brink of release, but he is now $10,000 deeper in debt, according to his attorneys.

The single father was jailed June 24 by the order of a Harris County civil court judge. He was taken to court after he was late on a child support payment at the start of the year, when he lost his job. Child support was to be deducted from his paycheck at his new job, but his employer admitted to a clerical error.

When Hall went to court last week, his attorneys say he had paid all the money that the employer failed to withhold. However, Hall's lawyers charge a change in state law, which makes even a clerical error capable of sending a parent, such as Hall to jail.

The lawyers say there is a need to have a neutral party, someone from the state to navigate the choppy waters that pit one parent against another over child support payments.

In Hall's case, his ex, who is the mother of his child, opposed Wednesday's motion to release Hall from jail. Her attorney asked he be kept a month behind bars, then serve out the remainder of what was to be a six-month sentence on weekends.

The judge Wednesday ruled in Hall's favor, to a point. Now outstanding are the attorneys' fees the child support case generated. Hall's lawyers place them at $9,000 or more. That includes paying the legal fees for his ex, who took him to court. Another thousand dollars is owed on this month's child support installment.

Neither his child's mother nor her attorney had any comment after the hearing.

It's a warning, Hall's attorney Eraka Watson says, for all parents who pay child support in Texas.

"No matter the reason, if you're late on child support, you can go to court and jail," she said.