WABC
By Shirleen Allicot
KANSAS CITY, Kansas -- A couple from Kansas was happy -- and nervous - to welcome a "one-in-a-million" set of identical triplets.

Caleb and Nicole were originally told they were having twins.

"She was unsure that she could carry them, but she was very excited," Caleb said.

But a second doctor told them it was triplets.

"Then I was anxious because that's a lot of babies in one go," he said.

"I mean, they're only a couple days old, but so far so good," she said. "They're really lucky."

While Reed said identical triplets are "one in a million," some reports suggest the chances are more like 20 to 30 in a million, ABC News reports.

To make the Choge triplets' birth even more unusual, Nicole decided against a C-section.

"That's such a rarity with multiple births," Dr. Reed said.

Caleb said the birth was a scary experience.

"I was scared how it would turn out because at that point, you have the wife of my life and the life of my three boys," he said.

Now the family is focused on the future.

"We're trying to figure out how we'll do it," Caleb said. "Maybe we'll paint the nails blue, green and yellow."

A main priority is figuring out how to feed so many people.

"I always said I'd never get a van, but I think this is a humbling experience," Caleb joked.
Report a correction or typo
Related topics:
family & parentingbaby deliverychildrenbabyrare birth
Copyright © 2020 WABC-TV. All Rights Reserved.
BABY 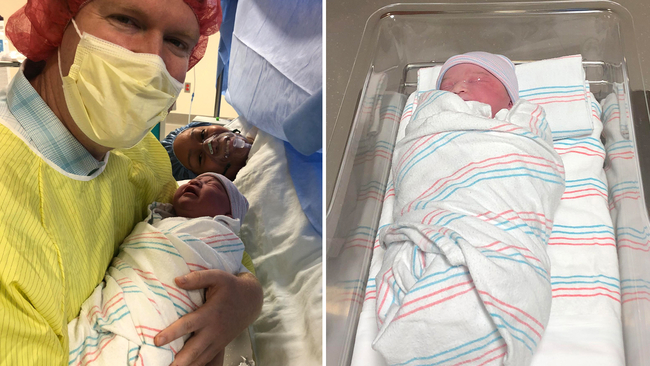 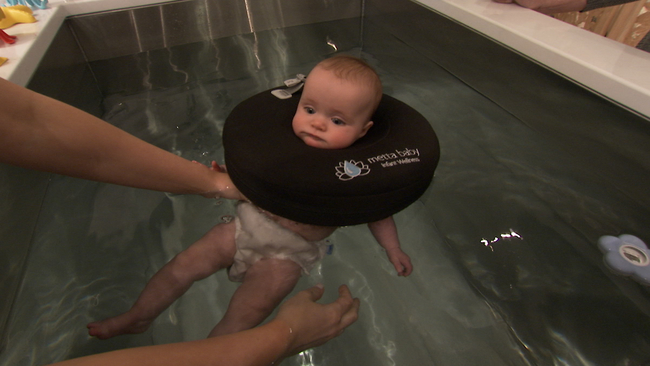