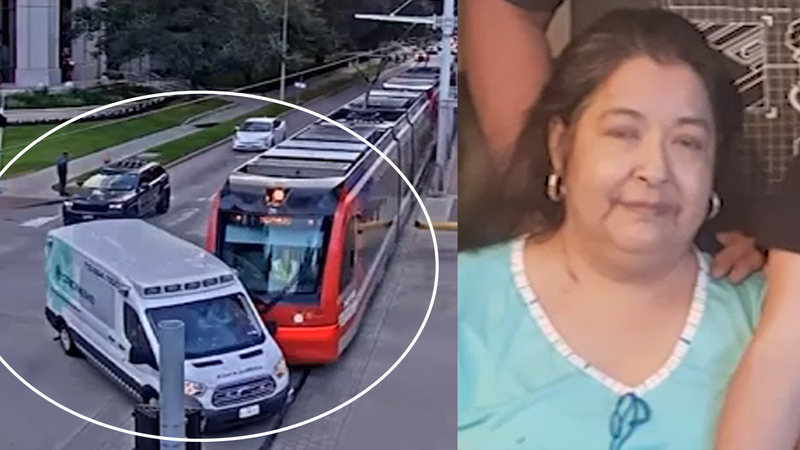 HOUSTON, Texas (KTRK) -- The family of a woman, who was in the back of an ambulance when a vehicle crashed into a METRORail train, believes the crash caused her death and are now suing the ambulance company.

Adriana Rodriguez and her father, Jose Rodriguez, filed a lawsuit in Harris County against Orion EMS and the ambulance driver, Jennifer Joana Granados, based on the November 2019 crash.

Josefina Rodriguez, 66, was in the back of an ambulance when Granados crashed into a METRORail train.

METRO video showed the ambulance driver cutting across a lane of traffic and then running into the train. It happened at Fannin and Cambridge in the Texas Medical Center.

Jose Rodriguez was accompanying Josefina, his wife of 48 years, home after she had a transplant. Neither Orion EMS nor Granados responded to ABC13's requests for comment.

"There's simply no excuse for this type of accident," said attorney Randy Sorrels, who is representing the Rodriguez family.

Sorrels said the couple was put onto another ambulance and taken home instead of being checked out at a hospital. Josefina was already in a fragile state, he said.

Days later, doctors found a blood clot and fluid in Josefina's brain, according to her daughter, Adriana.

Over the next weeks, she had two brain surgeries and by February 2020, she was dead. She had four children and six grandchildren.

"It's just been hard on the whole family," said Adriana. "I really believe if this hadn't happened, she would still be here."

"We want to know the details and the supervision of this driver because if this is a systemic issue, we need Orion to change their practices and procedures, to bring about safe transportation of people in our medical community," said Sorrels.