Houston-area family of 3 found in garage, sleeping in running car after eviction 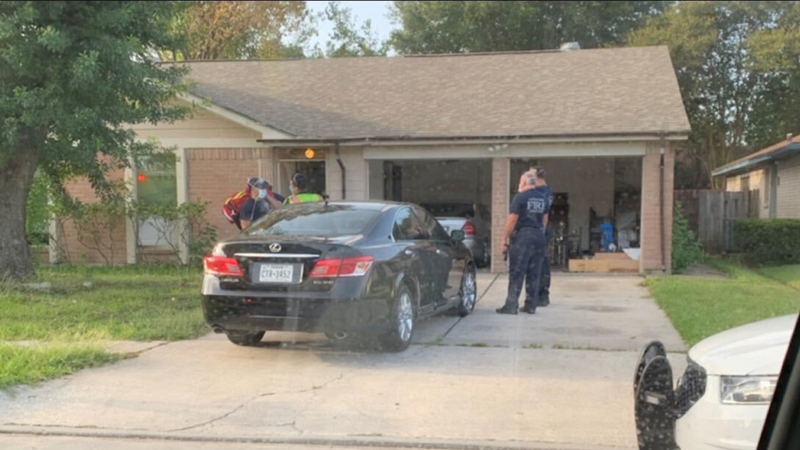 What you should know about CDC's eviction ban

HOUSTON, Texas (KTRK) -- A family of three is expected to recover after they were found sleeping inside a car in a garage Tuesday, authorities said.

Major Mike Lee with the Harris County Sheriff's Office said the mother and two teen girls were being evicted from their home and slept in their car to stay cool.

Great job by our @HCSOTexas Deputies today when they found a mother & 2 teen girls in a car in a garage, sleeping with the engine running.This was not a suicide attempt. The family is being evicted, have no a/c so they were trying to stay cool. All 3 were treated & will recover. pic.twitter.com/sTRE4DqNwS

Lee noted that the situation was not a suicide attempt.

RELATED: CDC directs halt to renter evictions through the end of the year to prevent COVID-19 spread

Sonja Lee lives at The Steeples apartment complex near Kirkwood and Westheimer.

Lee says she found a notice to vacate taped to her door that read, "Guess who's moving? You!!!" with a large smiling emoji that appeared to be waving.

"So y'all think it's funny to antagonize the person that's going through financial hardship with putting an emoji stating, 'Guess who's moving today?' There was nothing funny about that," Lee said.

Hear from a single mom of 2 kids who found an insensitive eviction note on her door. "So y'all think it's funny to antagonize the person that's going through financial hardship," she said.

The mother of two said she lost her job in March when the Jack in the Box she was working at stopped putting her on the schedule. Lee says she was denied unemployment, but has appealed five times.

She said she was able to make rent for April and May, but fell behind on rent for June and July. That's when she says she started talking to the property managers about her situation.

Lee's story is one of many heard across the county as thousands face eviction due to the ongoing coronavirus pandemic.

The video above addresses CDC's order to halt evictions based on the potential additional spread of the virus.

A Vallejo single mother was evicted mid-pandemic - and just six months after giving birth to twins. Unable to find shelter in the Bay Area, they were forced to go to Sacramento.

In the middle of a pandemic, when spirits needs to be lifted, this man says his faith in humanity has been restored.