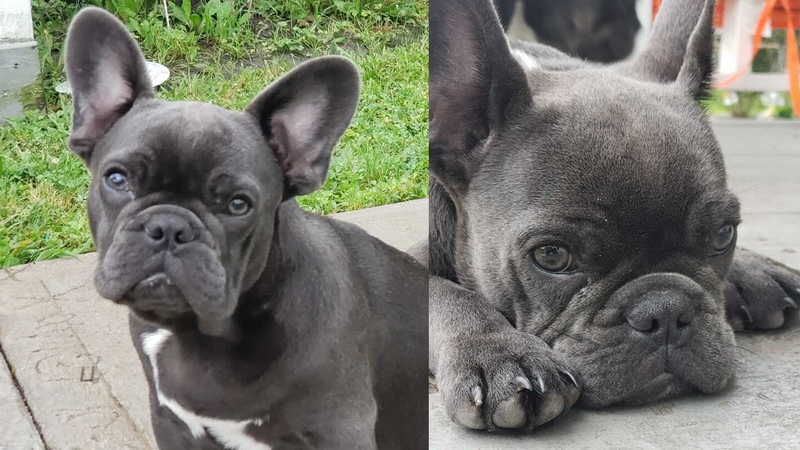 HOUSTON, Texas (KTRK) -- A Houston family is crushed by the theft of their French bulldog and they're looking for any leads to bring it back home safely.

According to family members, 5-month-old Gucci was let out for her morning 'business' in the gated front yard as usual on Tuesday. Cynthia told ABC13 that when her son returned to bring the dogs back inside, he realized the puppy was missing and called his mother in tears.

Cynthia rushed home from work and learned from neighbors that two men were seen opening her front gate stealing one of the dogs. They fled the scene in a white Impala, she says.

RELATED: Why French bulldogs are such frequent targets for thieves

She adds that the family has lived at this home for nine years and letting the dogs out to the front yard is part of their daily routine. They're offering $2,000 to bring Gucci back home safely.