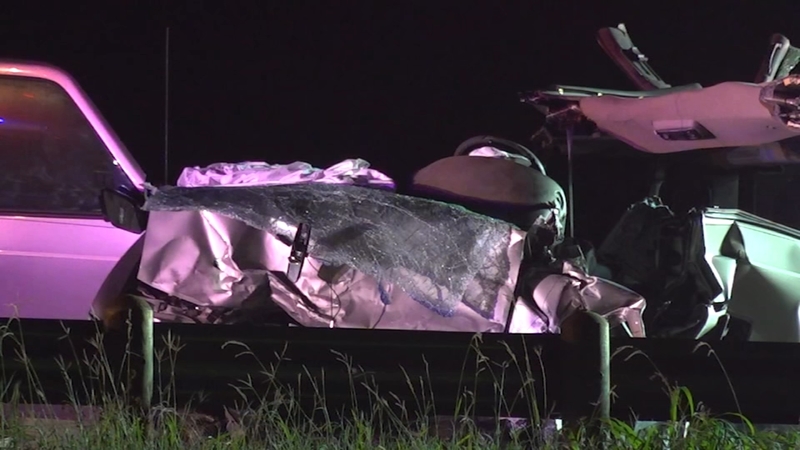 CROSBY, Texas (KTRK) -- A family headed home from church survived a violent crash involving a wrong-way driver along a highway in Crosby.

Harris County deputies say the fatal crash happened in the 4400 block of US 90.

Authorities say a Toyota Sienna was driving the wrong way when it crashed head-first into an Astro Van. Both vehicles rotated and a third vehicle then slammed into the minivan.

Deputies say the driver at fault died during the crash.

According to authorities, a 42-year-old man and his 16-year-old son were inside the Astro Van. Fire crews say the teen was trapped in the vehicle and they had to cut off the roof of the van to get him out.

Both father and son were taken to the hospital, along with the driver of the third vehicle, who authorities say is a family member. Deputies say they are all expected to be okay.

The crash is still under investigation but deputies believe the driver at fault was intoxicated.

HCSO deputies are on scene at 4299 Crosby Fwy in response to a fatal crash involving multiple vehicles. One person is confirmed deceased. Three others involved in the crash have been transported to a local hospital with unknown conditions. #HouNews pic.twitter.com/caaDrIE9wO