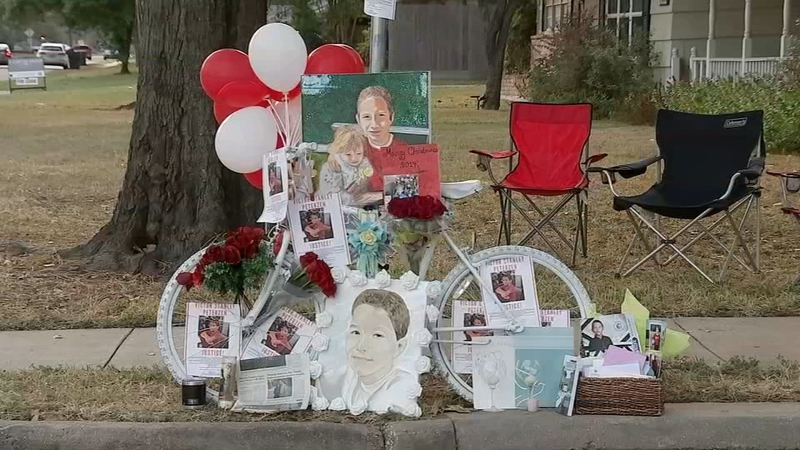 Family remembers son hit and killed by car on Thanksgiving

"It's so hard," said Luisa. "We suffer our loss every day," added Rodney.

Instead of celebrating around a feast, Luisa added to the memorial for their 10-year-old son Victor Peterzen. The fourth-grader was riding his bike in September in their neighborhood near Spring Woods High School when he was hit by an SUV. He never recovered.

"We are missing Victor so much. This is the time to honor him, his name, and wait for justice," said his Luisa.

SEE ALSO: Parents of 10-year-old boy killed by car donate his organs so others can live

On Thanksgiving, they gathered with neighbors where the incident happened and prayed. They also pleaded with drivers to be careful.

"We just want that out there and the law to be changed to protect all the people and not just the drivers," Rodney said.

The 43-year-old driver has not been charged. According to Houston police, she did not show signs of impairment. Victor's parents say she never braked and has not been held accountable. The case is still under review.

What does give the family hope is their son's lasting legacy, detailed in letters. His organs are now living in other people.

The 4-year-old's parents were the first to write. They offered their gratitude and talked about how the little boy will be able to play sports because of his new kidney.

The Peterzens hope to meet all the recipients one day.

"That is where I find hope. When I cry, I remember there are five people living because of Victor," said Luisa.