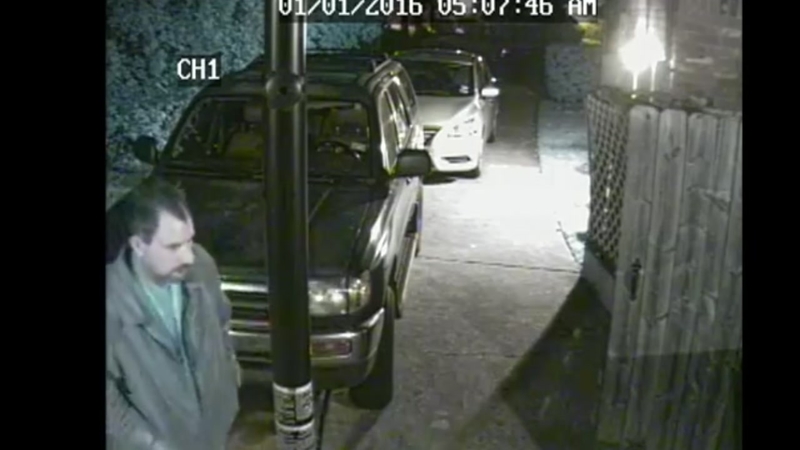 MISSOURI CITY, TX (KTRK) -- Carla Ratliff's grandchildren still play in her driveway, but these days, they're more cautious, rarely playing outside without grandma standing by.

It's been that way ever since New Year's weekend, when a stranger got into Ratliff's back yard three times in 24 hours. He took just a ladder and a kid's scooter, but the surveillance video has shaken the family.

"It is so creepy and you know," said Ratliff, who has lived in the neighborhood for more than a decade. "Things can be replaced. But my grandchildren, they're just so insecure now, they used to play outside with no problems, but now they're all scared."

The family's surveillance video first caught the man going into the backyard at three in the morning on December 31st. On New Year's Day, he went back, at 1am and 5am. The Ratliff's soon learned, they weren't alone. Two of their neighbors' garages were also hit, and Missouri City Police say they believe there are more than half a dozen related cases.

"It just makes me angry because all my nieces and all my nephews were here," said William Harwell, Ratliff's son who is here on break from college. "What if he wanted to come into the house or something like that?"

The Ratliff's say Sugar Land police are also looking into whether this man could be responsible for garage break-ins in their city. So far, this appears to be the only surveillance video capturing the suspect. Carla Ratliff just hopes someone recognizes him, so her grand kids, can play with ease.

"They don't want to go outside, they're like, we're so afraid that man is going to be out there because they've seen the video."